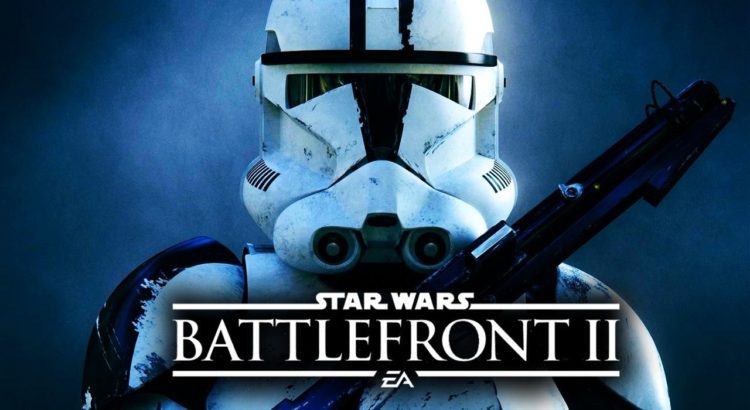 As we told you yesterday, Players can start playing Anakin Skywalker with todays game update. But that is not all. we’re not only getting a new hero in Anakin Skywalker, but also an update to how the clone troopers of the Galactic Republic are represented in Star Wars Battlefront II.

Along with an overarching re-implementation of how trooper classes are visually identified, the different clone trooper legions have also undergone a touch-up in the way they look. And with this update, we’re introducing the option to play as an armored clone officer, too!

These changes and improvements to the clone army tie into each other, so to learn about how it comes together, we’ve talked to Game Designer Christian “CJ” Johannesén.

With the additions of prequel era characters and locations to Star Wars Battlefront II, the clone troopers were originally implemented with the idea of staying true to the point in time when they appeared on the Star Wars™timeline.

CJ elaborates on that, saying, “In the Cloning Facility on Kamino, you’d see the ‘fresh out of the tank’ Phase I clone trooper with shiny armor and the fin-on-top helmet.”

“But if you head over to Kashyyyk or Theed, we’ve moved further into the Clone Wars, meaning that we’re now seeing the Phase II troopers. The Phase II troopers have upgraded armor, more patterns, and are wearing helmets resembling the ones of the Imperial stormtroopers.”

This is a slightly different approach to, say, the Rebels in the game, who wear different gear depending on the planet and its conditions – winter jackets on Hoth, for example – rather than adjusting to the timeline.

However, strictly adhering to the timeline is changing for the clone troopers with the update coming February 27. Phase I and Phase II Appearances will now be separated from when and where certain events took place, meaning that players will be given the choice to select either across all prequel-era locations.

With the change, we’re also making the clone trooper shiny Appearances the default for every location.

The Importance of Clone Trooper Legions

In August last year, Star Wars™Battlefront™ II got its first batch of clone trooper legion Appearances – different battalions of clones with their own armor patterns, colors, and sigils, representing their own history and characters in the Star Wars™universe.

CJ explains the importance of legions, saying, “Look at the 501st Legion in their blue armor, for example. They’re distinctly the ones you see walking with Anakin Skywalker in Star Wars: Episode III – Revenge of the Sith™. You see them as Anakin’s legion.”

“Then, when you start expanding upon it and watch The Clone Wars animated series, you’ll see that Anakin’s story with the 501st starts earlier. A new character, Captain Rex, is introduced, giving the legion even more character. To many, the different legions represent character and history. There’s so much told about each legion through the comic books, the animated series, and even in some other video games.”

With The Chosen One Update giving us the Coruscant Guard and the 501st Legion, a total of seven legions have been added since the launch of Star Wars Battlefront II.

Changing the Classes and Legions

The team has acted on community feedback to further improve upon the legions and how they look. To do so, not only have the colors and patterns of the legion armors been re-worked, but the entire logic of how classes among the clones are visually distinguished was overhauled.

CJ clarifies why the changes were made, saying, “It’s a two-part thing where we’ve listened to the feedback, but, also, we ourselves were not satisfied with the first implementation,” CJ says, continuing, “We’re looking at an approach that’s not only about making an Appearance look more authentic, but also re-thinking the differentiation between the classes.”

“We launched with the idea that the parts you see on the armor – such as the Heavy’s ammo pouch and backpack, or the Specialist’s shoulder pauldron – are the differentiative features between the classes.”

This is not going to be the case anymore for the clone army.

“As you look at it, you understand that many of these armor parts could be used to separate the legions as well. The 327th Star Corps is a major example, where everyone – independent of class – have a shoulder pauldron and two pistol holsters.”

Breaking with the original idea that certain armor parts are for certain classes, the team went back to the drawing board.

“Now, the only thing that sticks with the new armor is the parts on the helmet. We keep something smaller for players to latch on to and remember, like the binoculars on the Specialist,” CJ says.

Having removed the armor parts as a way of explaining the classes to players, each legion is now fitted with parts that are more representative.

“To balance that out, we’ve created more distinctive differences in the patterns between the classes. The Specialist has a lighter pattern on his body, the Heavy thicker splashes of color, and the officer is the one who challenges the overall color palette with inverted colors here and there, or even an added or removed one.” The team specifically tried to match the Assault Clones to known film or animation reference. Then, with the other classes, went with unique original designs for the markings.

“Again, going back to the 327th, the original version of that Appearance looked like Commander Bly, who was the main leader for that legion. Now, the armored officer has been inspired by that with shades of yellow and brown, but more in a way that’s defining for him.”

With this approach to how clone trooper classes look, the above-mentioned armored clone officer is introduced to the Galactic Republic as well. Before, players have only had the option to play as an unarmored navy officer.

The idea of having an unarmored officer for the clones harkens back to Star Wars™: Battlefront™ (2015).

“As we stepped back on having stormtroopers running around without helmets in that game, we introduced the officer. That’s the line we followed for the clones in Star Wars Battlefront II initially as well.”

“But as we’re looking at it now, clones are defined as being the armored troopers, while the navy officer would mostly be seen aboard the Ventor-class Star Destroyer. It just makes more sense that a boot-on-the-ground clone trooper is in armor, regardless of his rank.”

As a result, with this update, the new default officer for the Galactic Republic is wearing armor and a helmet viewfinder. For anyone who prefers the navy officer, he’s still an option.

Summary and How to Get the New Clone Appearances

To summarize, this is what the update on February 27 means to players fighting as the clones:

·         To maximize choice, Phase I and Phase II clone trooper Appearances can now be equipped independent of location

·         To align with the Clone Wars fiction, “shiny” clone troopers are the default for all locations, though you will still have access to painted options though

·         Some Legion Appearances have been updated with re-worked colors, patterns, and armor parts to prioritize authenticity over class differentiation

·         Clone trooper classes are now differentiated through patterns and helmets rather than armor parts – through testing and hearing feedback, we saw that classes were most usefully differentiated by ability and weapon choice, and see this as an opportunity to prioritize authenticity

·         The clone trooper officer is now armored by default, so if you prefer the naval officer version, he is still available as a player choice option

So, how do you get these clone trooper Appearances?

With the change, the 104th Battalion, 212th Attack Battalion, 41st Elite Corps, 327th Star Corps, and 91stRecon Corps clone trooper Appearances have been re-worked from their previous releases, for all classes.

If you’ve acquired any of the above-mentioned Appearances before February 27, 2019, you’ll receive a Crate for each, containing the new Phase II version of that Appearance. You can claim the updated Appearance by navigating to the Crates section from the Main Menu and opening the Crate from your inventory.

The updated clone trooper Phase II Appearances, including the new 501st Legion and the Coruscant Guard, will be available as bundles as well for 60,000 Credits or 1,500 Crystals each and contain legion specific Appearances for all classes, including the Phase II armored officer. Any duplicate items will be refunded 20,000 Credits each. These bundles have changed, in that they now include the officer.

Also, with the update, all players will receive a starter pack bundle to their inventory, containing the Phase I versions of the 104th Battalion, 212th Attack Battalion, 41st Elite Corps, 327th Star Corps, the 91st Recon Corps, plus the Phase I and Phase II versions of the camouflaged 41st Rangers Platoon (the old 41st Elite Corps Appearances) and an extra 60,000 Credits. The bundle contains Appearances for all classes, including the new armored officer. You can claim this pack by navigating to the Crates section from the Main Menu and opening the Crate from your inventory.