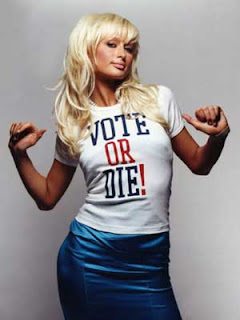 A few days ago we asked you to vote for Star Wars: The old Republic in the annual Reader’s Choice award over at MMORPG:com. Today Massively have posted the list of nominees for their Player’s Choice Awards as well, and not surprisingly our all time favourite upcoming mmorpg SWTOR is nominated.

As we approach the end of 2010 (yes, already), we look back at not only an interesting year for MMOs, but also an amazing decade for such a young genre. We’ve had our highs and lows since last year’s awards, including the now-hilarious choice of APB as Most Anticipated for 2010 by the Massively staff.

This year we have a new survey format, new categories and new nominees. We also have a new title, changing it from Reader’s Choice to Player’s Choice, to reflect the fact that you don’t necessarily need to be a Massively reader to vote. This is our biggest award poll yet, so we want to make it count. If you want to see your favorite game win, shout it from the mountain tops — or just post a link in your favorite game’s forums.

In addition to a normal end-of-the-year poll, we also have one for the end of the decade. In this case, we’re defining the decade as the time period between January 2001 and December 2010.

The nominees for each category were chosen based on votes by the Massively staff, so you may not see every possibility listed. We also decided to cap them off at 10, otherwise some categories would have hundreds of nominees. For example, in the Best Expansion of the Decade category, you will not see every single expansion released in the last 10 years. Please keep this in mind before asking in the comments why your favorite game isn’t listed.

You’ll notice we listened to your feedback on last year’s awards and implemented a few new features, including a new voting platform and a “None of the Above” option. Also, the answers in each category are randomized, to prevent voters simply going down the line and voting for the first option listed in each one.

Both surveys will close at 12:00 a.m. EST on January 1st, 2011 and all results will be posted during the first week of January, 2011. We’ll also have our own Massively Staff Choice Awards soon after, where we’ll give you our own opinions on what we felt was the best and worst of 2010. Good luck to all nominees!

So go now my sisters and brothers. Go vote for Star Wars the old republic, and remember. YES WE CAN!