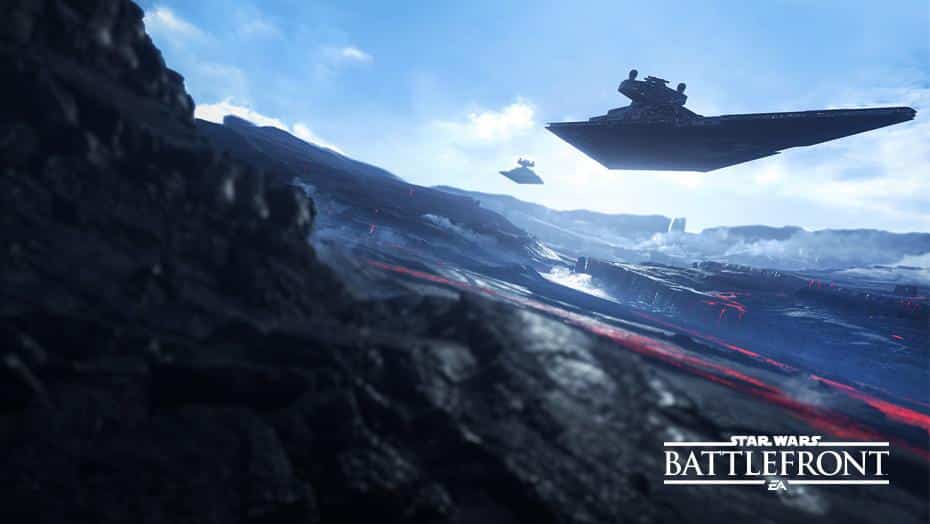 After DICE visited the Lucasfilm Cultural Arts Museum and some of the original filming location for Star Wars, the studio artists had many pieces of inspiration for Star Wars: Battlefront. The crew had one mission and that was to return to the places where the Star Wars franchise all began. During their time they captured the basis for hi-res 3D models for the game and this was anything from huge redwood trees to Stormtrooper helmets. The major component during this process is called photogrammetry.

“Photogrammetry is essentially the technique of processing still images to produce a high resolution 3D mesh,” explains Andrew Hamilton, Lead Environment Artist. “There are a number approaches to this, but they all involve taking photos of a subject in real-life and running it through photogrammetry software.”

The software is given the images and then makes referenced points that are all based on the angles of the photo. This then has an end result of a highly detailed foundation that they can then use to turn into a lower resolution mesh for the game.

Once all of the steps have been done, the details in the 3D models are out of this world. The most important part of using this process is that it allowed them to stay to the original look and style of the gorgeous Star Wars universe.

Character Artist Bjorn Arvidsson was busy with all the details of the Star Wars universe during the development of photogrammetry. He recalls his emotions and feeling while working with these props:

“The first time I was there, we were so focused on work and was shooting 24/7 so I didn’t really reflect on where I was. But, on the second visit it hit me: where I was, what I was doing…looking at all this amazing stuff, and thinking about how few people actually have the opportunity to go there, I was in awe.”

Amazing items like Droids, Lightsabers, and Boba Fett’s armor were carried by gloved personnel and put onto turntables for DICE team’s cameras. The process went smoothly overall but some of the shiny characters were more resilient towards the lens than others.

“Vader was a bit of a challenge,” Arvidsson recalls. “The photogrammetry software searches for common points where it can match the images taken and if it’s only black and shiny, you won’t get anything from it. One technique is to use spray paint to remove the shine, but for some reason we weren’t allowed to do that with Darth.”

Andrew Hamilton had the job of capturing popular Star Wars locations all over the world. This led him and his team to locations like Iceland, which was used for creating the planet Sullust, and to other beautiful places around the world.

“My fondest memory is being on location for Endor. Driving through an area of small trees, and then turning one corner to suddenly see these 300 feet tall giant redwoods…that was magical.”

Hamilton and his team were focused on capturing photos of cliff sides, trees, rocks, plants, and more. Nature can become challenging to photograph, especially when rain wouldn’t stop and then after it did, everything was shiny and wet. Also, the temperature outside can be challenging.

“We’ve seen both extremes of temperatures when visiting places like Finse, Norway, and Death Valley, California. When setting out to create Hoth and Tatooine, we really wanted to get that feeling back into the game, for the players to also experience those extreme conditions,” says Hamilton.

After this long and grueling process we are sure that Star Wars: Battlefront will be beautiful and as true to the source as ultimately possible. However, DICE’s main goal is not the technology, it’s the overall feel of the game when it’s all finished.

“Our ambition is that players will get the same feeling as we got from our trips: to really feel like they’re inside the movies when playing these iconic locations. Also, we want to open their eyes to new experiences and new planets,” says Hamilton.

Arvidsson agrees. “At DICE, it’s everyone’s quest to make Star Wars Battlefront feel as ‘Star Wars’ as possible. All those emotions, connected to this universe we all love, are something we hope will get through to the gamer on November 17th.”