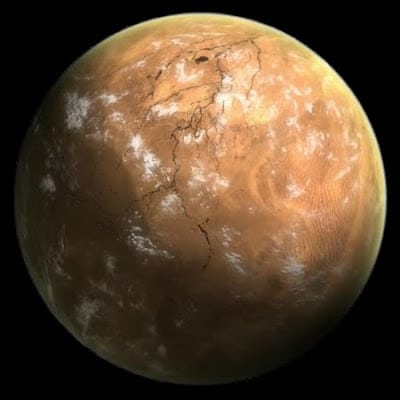 Tatooine (pronounced tætu’in) was a desert world in a binary star system in the Arkanis sector of the Outer Rim Territories. It was inhabited by poor locals who mostly farmed moisture for a living. Other activities included used equipment retailing and scrap dealing. The planet was on the 5709-DC Shipping Lane, a spur of the Triellus Trade Route, which itself connected to the Sisar Run. The planet was not far from the Corellian Run. It had its own navigation system. However, it would still play a role in galactic events, serving as the home of Anakin Skywalker. It was here that Jedi Master Qui-Gon Jinn recognized Anakin’s potential to become a Jedi and where he introduced him to Obi-Wan Kenobi, his future master and mentor. Tatooine was also the home of Anakin’s son, Luke, where he lived until his early adulthood. The planet built up a very bad reputation, often being viewed as the cesspool of the galaxy due to the high-level of criminals who could be found onworld.

Geology, geography, flora & fauna
Tatooine is thought to have been one of the oldest planets in known space and was composed of a molten core with a rocky mantle and silicate rock crust. Fossil records suggest Tatooine was once covered in large oceans, which dried up, leaving behind many geological formations including Beggar’s Canyon, formed around 2,000,000 BBY. Other notable geological features included the Dune Sea, an enormous desert, Mushroom Mesa, a vast formation of giant standing stones, and the Jundland Wastes, a rocky region.

Because Tatooine orbited two suns, Tatoo I and Tatoo II, the planet was covered in deserts and rock formations, while the days were extremely arid and bright, especially during double noon. In fact, it was so brightly lit by the suns from space it could appear to be a star itself. This was the case for the people who discovered Tatooine as they first thought Tatooine was in fact a star until they approached and discovered that it was a desert planet. Due to the extreme conditions, only a relatively mild region of its northern hemisphere was habitable, and less than 1% of the planet was covered in surface water. The average humidity level was 5.4%.

Population
The inhabitants of Tatooine included many different species from many parts of the galaxy, as can be seen in the multiple bars and cantinas in the cities. Most creatures on the planet loved to gamble on nearly everything, especially podracing, though the sport declined after the rise of the Empire. This may attest to the fact that the planet has long been controlled by the Hutts. Human natives of the planet often had unusual sounding last names, such as Fardreamer, Sandskimmer, Darklighter, and Skywalker. 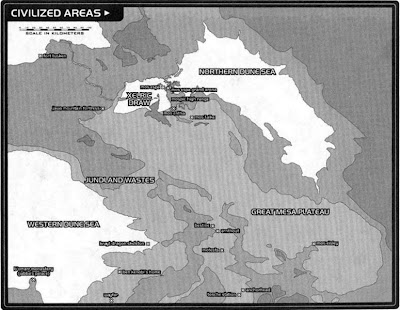 A map of Tatooine’s settled areas

Infinite Empire
Tatooine was once a lush world that had large oceans and a world-spanning jungle inhabited by the native and technologically advanced Kumumgah. Sometime in its history, the Rakatan Infinite Empire invaded the planet and conquered and enslaved its native inhabitants. The Kumumgah eventually rebelled and managed to drive the Rakata off the planet. In response they subjected the planet to an Orbital Bombardment that “glassed” (that is, fused the silica in the soil into glass, which then broke up over time into sand) the planet and boiled its oceans away. This drastic climatic change split the indigenous Kumumgah into two races: the Ghorfas—also known as Tusken Raiders or Sandpeople—and the Jawas. It is a planet where natives (specifically middle-aged and older Humans) are often mistaken to be a decade or more older than they actually are due to the twin suns and harsh climate.

Galactic Republic
Tatooine was first discovered by the Republic in 5,000 BBY, and in 4,200 BBY the first colony named Anchorhead was established. Unfortunately, these first Human settlers disrupted the native Ghorfa culture, provoking their evolution into the Sand people, later known as Tusken Raiders. Over many years, the settlement was abandoned and recolonized over and over.

The planet was represented in the Galactic Senate by Sidrona Diath. During the Great Hunt, the planet was cleansed of terentatek by the Jedi. 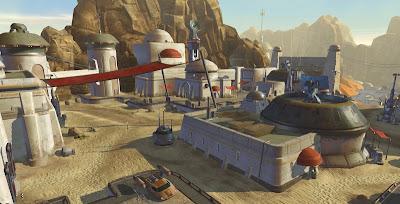 At the time of the Jedi Civil War, the planet was practically controlled by the Czerka Corporation. They were attempting to mine ores from Tatooine, although they soon discovered the ores had strange magnetic properties which made the metal corrode very fast and thus useless for production. Later, Revan came to Tatooine during his quest to locate the Star Forge. He discovered that Czerka Corporation was attempting to eradicate a nearby tribe of Sand People due to attacks on Czerka’s sandcrawlers. With the help of the recently purchased droid HK-47, Revan was able to communicate with the tribe and negotiate a truce after infiltrating their settlement. It was revealed to Revan that the Sand people considered the Czerka to be invaders on their land, which was the reason for the frequent attacks.

Czerka’s mining involvement in the Anchorhead settlement proved fruitless, and the company began Czerka’s Secret Weapons division on the planet, due to no restrictions from the Republic. Sometime between Revan’s visit and 3,623 BBY, Czerka completely pulled out of Anchorhead, abandoning the Secret Weapons complex. This left the planet populated by dissidents and criminals, though the Republic still used the planet for a supply stop. The Sith Empire also set up a small outpost near Anchorhead in an effort to discover the secrets of the Czerka Secret Weapons division. Some time after their involvement on Tatooine, the planet was forgotten until the Republic rediscovered it in 1,100 BBY.