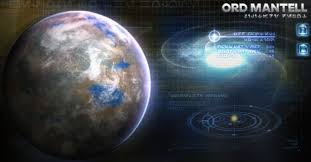 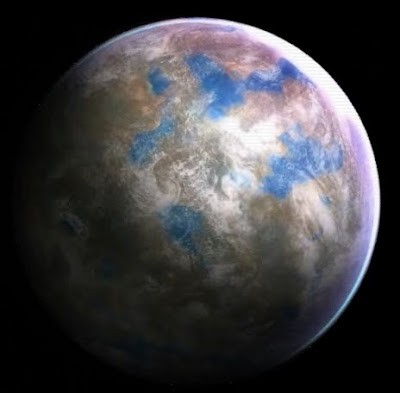 Ord Mantell was a planet in the Bright Jewel Cluster. It was located near Anobis in the Mid Rim. It was originally settled in 12,000 BBY as an Ordnance/Regional Depot.

Geography
Ord Mantell was known as the Heart of the Bright Jewel since it orbited the blue star Bright Jewel at the center of the Bright Jewel system. The planet was famous for its thick, outer cometary cloud, which glowed with a pinkish cast when viewed from space, ensuring its place as the site of the Blockade Runners Derby for nearly 100 years.

Two large moons and thirteen other satellites orbited the planet (to which was added the Jubilee Wheel), and the cloud cover was tinged with pink when viewed from the planet’s surface. This collection of natural wonders made Ord Mantell something of a tourist attraction, despite its seedier side. It was also the homeworld of the Mantellian Savrips and Mantellian flutterplumes, whose sapience was largely unnoticed or ignored.

Mountains and islands were the distinct features of Ord Mantell’s terrain. Almost every land mass on the planet was dotted with mountain chains. Ord Mantell’s continent of Worlport boasted a sprawl of cities along its southern shore and it is this part of Ord Mantell that many spacers regarded as a safeport, famous for casinos and for tourists, of which it attracted almost one billion annually. Other metropolitan areas lacked address markings and were considered not intended for outsiders. The thinking behind this was that if you don’t know where you’re going, then you don’t belong here.

Outside of the urban sprawl, the narrow equatorial band of starports and the volcanic islands, Ord Mantell remained largely rural and low tech. Its extreme reliance on fossil fuels kept the planet quite barren, huge robotic coal yards remained to fuel the planet’s cities and an immense junkyard littered a large portion of the planetscape.

History
Ord Mantell was settled in circa 12,000 BBY by Corellian colonists as an advanced military outpost for the Galactic Republic in the Outer Rim. It was one of several Ordnance/Regional Depots, lending to its ‘Ord’ name. The settlers became mostly farmers.

Over time, more wealthy planets and better hyperspace routes diminished Ord Mantell’s strategic importance, and it became something of a free port for all manner of freighters and cargo ships. Despite the planet’s diminishing stature, it remained a popular stop for traveling ships. 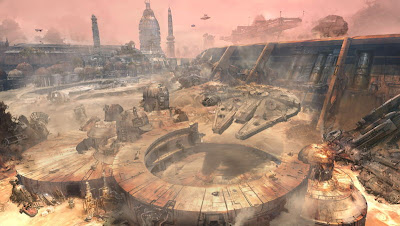 Old Republic
During the Cold War in 3,653 BBY, a corrupt admiral sold off the local fleet, and so the military all but abandoned the planet, leading to the lawlessness Ord Mantell eventually became known for, and the haven for mercenaries, exiles, murderers and smugglers. After the Treaty of Coruscant, the corrupt local government decided to stay loyal to the republic, however separatist residents attempted to break away. This lead to an armed civil war in an attempt to achieve independence, and a military buildup assisted by local government supported crime syndicates and Galactic Republic forces destabilized the world further. 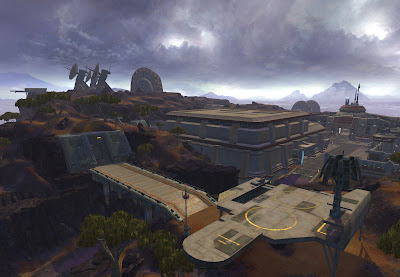