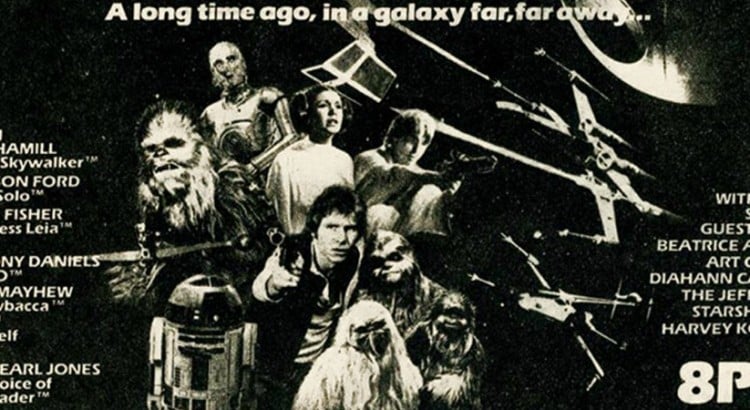 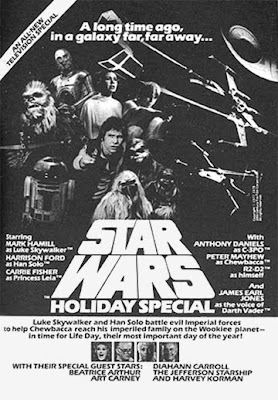 The Star Wars Holiday Special is a two-hour television special (including commercials) set in the Star Wars galaxy. It was the first official Star Wars spinoff produced. It was directed by Steve Binder. It was broadcast in its entirety in the United States only once, on Friday, November 17, 1978 on CBS-TV from 8:00 p.m. to 10:00 p.m., Eastern Standard Time (EST). In the story, Chewbacca and Han Solo visit Kashyyyk, Chewbacca’s home world, to celebrate Life Day. Along the way, they are pursued by agents of the Galactic Empire who are searching for rebels on the planet. The special introduces three members of Chewbacca’s family: his father Attichitcuk, his wife Mallatobuck, and his son Lumpawarrump.

The main storyline of the film, which occurs two years after the Battle of Yavin (2 ABY), takes place on Kashyyyk. During the film, scenes also take place in outer space and in spacecraft including the Millennium Falcon and an Imperial Star Destroyer. The variety-show segments and cartoon introduce a few other locales, such as a cantina on the desert planet of Tatooine and a gooey, reddish ocean planet known as Panna.

The film is notorious for its negative reception. Anthony Daniels in a documentary promoting the worldwide tour of Star Wars: In Concert notes with a laugh the Star Wars Universe includes “The horrible Holiday Special that nobody talks about””. George Lucas had limited involvement with the film’s production, and he was unhappy with the results. David Acomba, a classmate of Lucas’s at USC film school, had been selected to direct the special, but he chose to leave the project, a decision supported by Lucas. The special has never been re-aired or officially released on video.

Generally, The Star Wars Holiday Special has received a large amount of criticism, both from Star Wars fans and the general public. David Hofstede, author of What Were They Thinking?: The 100 Dumbest Events in Television History, ranked the holiday special at number one, calling it “the worst two hours of television ever.” Shepard Smith, a news anchor for the Fox News Channel, referred to it as a “’70s train wreck, combining the worst of Star Wars with the utter worst of variety television.” Actor Phillip Bloch explained on a TV Land special entitled The 100 Most Unexpected TV Moments, that the special “just wasn’t working. It was just so surreal.” On the same program, Ralph Garman, a voice actor for the show Family Guy, explained that “The Star Wars Holiday Special is one of the most infamous television programs in history. And it’s so bad that it actually comes around to good again, but passes it right up.”

The only aspect of the special which has been generally well-received is the animated segment which introduces the bounty hunter Boba Fett, who would later become a popular character when he appeared in the Star Wars theatrical films.

George Lucas himself has rarely commented on or even acknowledged its existence, except to friends and co-workers. He is thought to hold a low opinion of it. For instance, Tom Burman, one of the costume designers for the holiday special, has said that Lucas once told him that he was very disappointed with the final product. 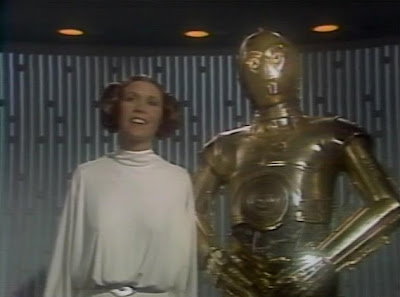 At one Australian fan convention he reportedly said “If I had the time and a sledgehammer, I would track down every copy of that show and smash it.” In an online chat with fans, he reportedly said: “The holiday special does not represent my vision for Star Wars.” In an interview with Maxim magazine in May 2002, Maxim asked the question, “Any plans for a Special Edition of the Holiday Special?” Lucas responded with “Right. That’s one of those things that happened, and I just have to live with it.”

Later, in a May 2005 interview with StaticMultimedia.com, Lucas was asked if the film had soured him on working in television: He replied: “The special from 1978 really didn’t have much to do with us, you know. I can’t remember what network it was on, but it was a thing that they did. We kind of let them do it. It was done by… I can’t even remember who the group was, but they were variety TV guys. We let them use the characters and stuff and that probably wasn’t the smartest thing to do, but you learn from those experiences.”

The official Star Wars site states that the holiday special “delivered mixed results,” but explains that the highlight of the special was the Boba Fett animated segment. The official site also says, when referring to the fan interest in seeing the Wookiees on screen, “the 1978 Holiday Special didn’t cut it.” When asked at a fan convention, “So, you don’t like it (the holiday special) either?”, Lucasfilm head of content and fan relations, Steve Sansweet replied “No. I mean, I like the ten minute introduction of Boba Fett, but that’s about it.” The official site also refers to the Boba Fett animated segment as “a cult classic.””.

On February 8, 2006, Harrison Ford made an appearance on Late Night with Conan O’Brien, and during the interview, O’Brien brought up the special, and began asking various questions regarding it, such as inquiring whether he remembered making it. Ford said nothing, but looked away and shook his head nervously, then saying he had no memory of it whatsoever and it, therefore, “doesn’t exist.” The audience responded with laughter and applause. O’Brien then asked Ford what he would think if he played a clip of the special on the show, Ford jokingly grabbed him, then said that “[he’d] never seen it, maybe it’ll be nice.” Humorously acting anxious and distracted, Ford suffered through the clip (which featured a scene showing Ford as Han Solo telling Chewbacca and his wife that they are “like family” to him), and then muttered a gruff, sarcastic “thank you” to O’Brien, before continuing with the interview to promote his then newest film, Firewall.