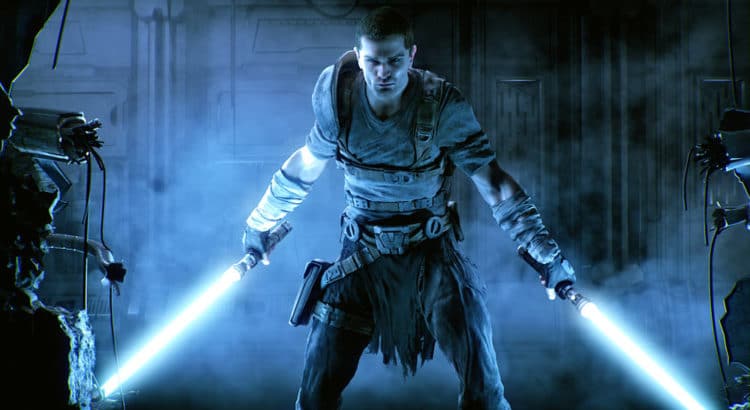 Star Wars has thrown up some of the most inspiring, evil, and the coolest characters in recent times. We all know that the Star Wars universe can be a tricky place and you need to be at the top of the food chain to make your way around it. Be it the movies, television shows, or gaming.

We all have our favourite characters. However, on this occasion let us take a closer look at The Most Memorable Characters in Star Wars Gaming. Even though these games are movies themselves, we cannot but think what it would have been like to see these characters on the big screen – that is why we love them. So, where to begin?

When the rogue Jedi made his appearance in 2008, fans knew straight away that this character was going to be a force to be reckoned with. Despite poor reviews, The Force Unleashed became one of the biggest selling Star Wars based games ever. One of the main attractions was that players could decide their fate. As they played the game, players could guide Starkiller to the light or dark side. He was also padded out with a deep-reaching back story.

Mystery surrounds this Sith. According to his history, he goes by many names such as Revan the Butcher, Revan The Jedi Knight, and Darth Revan. He became a firm fan favourite after he appeared in Star Wars: Knights of the Old Republic. Over the years, he has appeared in Star Wars comics and games. Revan is also a lapsed Jedi who was seduced by the dark side. There has been much speculation about Darth Revan and the role he will play in future Star Wars projects.

Turning up in Star Wars: Knights of the Old Republic II: The Sith Lords. Darth Nihilus became one of the universe’s best adversaries. He cuts more of a ghostly figure, rather than a sci-fi character. But after surviving the annihilation of Malachor V. Nihilus climbed from the ashes to become a powerful and deadly Sith Lord. To add to his menace, Darth Nilhilus feed off the Force energy of the Jedi he slays. There can be no doubt that Darth Nihilus is one of the most ominous characters that fans have come across.

After coming to the fore as the main villain in Star Wars: Knights of the Old Republic. Darth Malak was the apprentice and close friend of Darth Revan. He quickly established himself in Star Wars folklore and became a figure of wonder and mystery. He is considered headstrong and even reckless. One thing to admire about Darth Malak is that he carries out his work with such zeal. We have never come across a character so consumed with the dark side.

The epic franchise allowed us to travel around fictitious galaxies, visit various planets and explore species of all kinds. But Star Wars is not the only one doing this. On Invaders From The Planet Moolah Slot, you can travel to a distant planet through an entertaining online voyage. Visit the stellar Aspers Casino Online and find out more!