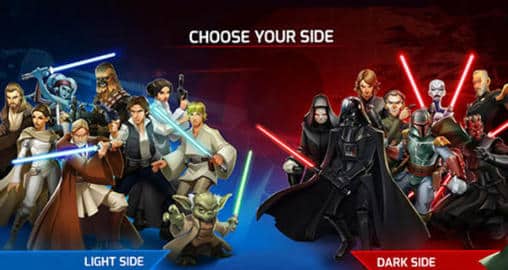 macworld.com posted an interesting story earlier this month, discussing the value of the new free Star Wars Games that has been up in the media over the last few years.

The story is actually most about the new game called Star Wars: Galactic Defense, but the writer also takes a few shots at Star Wars: Commander.

Until recently, the top Star Wars game available on the App Store was the cute and undeniably charming Tiny Death Star, an official spinoff of the immensely popular Tiny Tower that made a building management simulation feel light and breezy. But Disney suddenly pulled the game in October, leaving a potential void for Star Wars fans seeking a worthwhile free-to-play iPhone or iPad experience.

But a couple of contenders have emerged of late, and both tackle different kinds of familiar mobile strategy genres. Disney’s own Star Wars: Commander uses Clash of Clans as a template to explore bit-by-bit base building and asynchronous online combat, while the newly released Star Wars: Galactic Defense from DeNA is a pretty straightforward tower defense experience set in the sci-fi universe.

Both offer light and dark side options that alter the gameplay to some extent, and both are loaded with content. And unsurprisingly, both offer ample opportunities to spend money to either speed things along or ease the challenge. But do these attractive affairs really warrant playing over a long span of time, let alone pumping real cash into? I dug into both to find out.