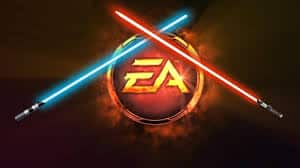 EA says it will do its best to align some of its Star Wars games and content with the upcoming Star Wars movies. Honestly, is that really surprising to anyone anyway? It will definitely be in their benefit to do so as this will increase the popularity of the games and the number of people who sign on to play them.

At this year’s Star Wars fan experience, Star Wars Celebration 2016, the Rogue One DLC for Star Wars Battlefront was announced. This DLC seems to be entwined with the release of the Rogue One movie. Again, not a surprise at all. This is just smart business. When something’s hot, you want to take full advantage of it from a business perspective.

During the company’s most recent earnings call, Wilson was asked about the breadth of the platform and possible marketing opportunity:

As each movie comes out over the time of our relationship, we expect that the Star Wars community will continue to grow, and we will be doing more best to align, in some cases, the content and experiences, and in some cases, just a passion for Star Wars, but certainly aligning what we’re doing around the Star Wars universe with what is more broadly happening with Star Wars pop culture. And we think that’s a win as we continue to deliver for the fans long-term.

So again, we can expect to see more of this in the future and it really just makes the most sense. Why would they not want to combine these things and play on the growing popularity of the franchise? It sells more stuff and that makes everyone happy. Some fans are concerned they will rush games and release sub-par or unfinished games in haste to match movie deadlines. What is more likely is that a game will be held longer for release to match up with a movie deadline, or it simply won’t affect it at all.