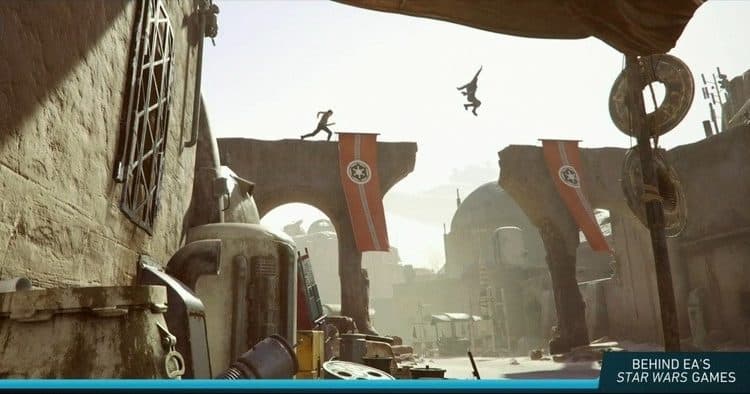 During  PAX West, Amy Hennig who is currently working at Visceral Games on a completely new Star Wars action-adventure game, gave some interesting insights into the development of Star Wars games.

So we’re working really close, and I’ve been blessed to be working really close with the Lucasfilm story group and Doug Chang, who is their Art Director and Senior Creative Director over there, and that whole team, to say “what is Authentic Star Wars and how do we make more?” Because our project is an original story.”

“You need guides, that have done it for a while and are also looking at everything else, because we’re part of the same sort of emerging track of properties that, like obviously seven, eight and nine, is evolving that story further, but films like Rogue One and the Han Solo one that is coming, even shows like Rebels and stuff like that… A lot of projects are in the works, and the question is “is this authentic Star Wars?” right? And to understand what that is, and to have people there at LucasFilm that have helped us define what that is.

Authentic Star Wars can mean that we get the AT-ST right, right? And of course we have to do that too, but it’s all about the new stuff, the new characters, the new story, the new locations, the new creatures, the new tech. All of this stuff that has to sit authentically alongside the Star Wars that we’re so familiar with.”

“And that takes kind of a gut, you know? It takes love of the franchise, and it takes mentors within that organization that go “mmh… maybe a little more this way.” The sort of task at hand was that, and then just to make sure that over all it’s about what does it mean to tell a Star Wars story. And so when we embarked on this, I did the same that I did before we made Uncharted, which is that I broke down in anal-retentive detailS what means to be pulp-action adventure, particularly on Indiana Jones, of course.”