For all of you who have been hoping for an open beta release date at E3, it’s not going to happen. In fact, what we did get from E3 is the news that there will be no open beta. Honestly, I’m not that surprised. With so many people excited to play this game and so many beta testers signed up already, there’s no need to go to an open beta to test the game. 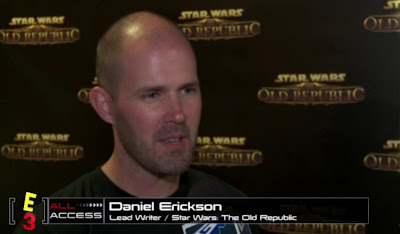 Another reason for skipping the open beta option is that BioWare wants to preserve their storyline as much as possible. The story is really what separates this from any other MMO we’ve all seen before. The story is key to the success of the game and keeping as much info about it hidden until release will benefit BioWare.
In this interview with BioWare’s Daniel Erickson, he states that an open beta is not something they are planning to do. He cites the large fan base as the reasoning. Again, no real surprise there but it sure is good to have it said official by a member who would know what they are talking about.
As for closed beta, however, that is planned and it’s expected we will hear about it around the same time we get a release date.

“If there’s a closed beta it’ll be release close to release date,” Erickson said. “So you’ll probably end up knowing about both at the same time.”