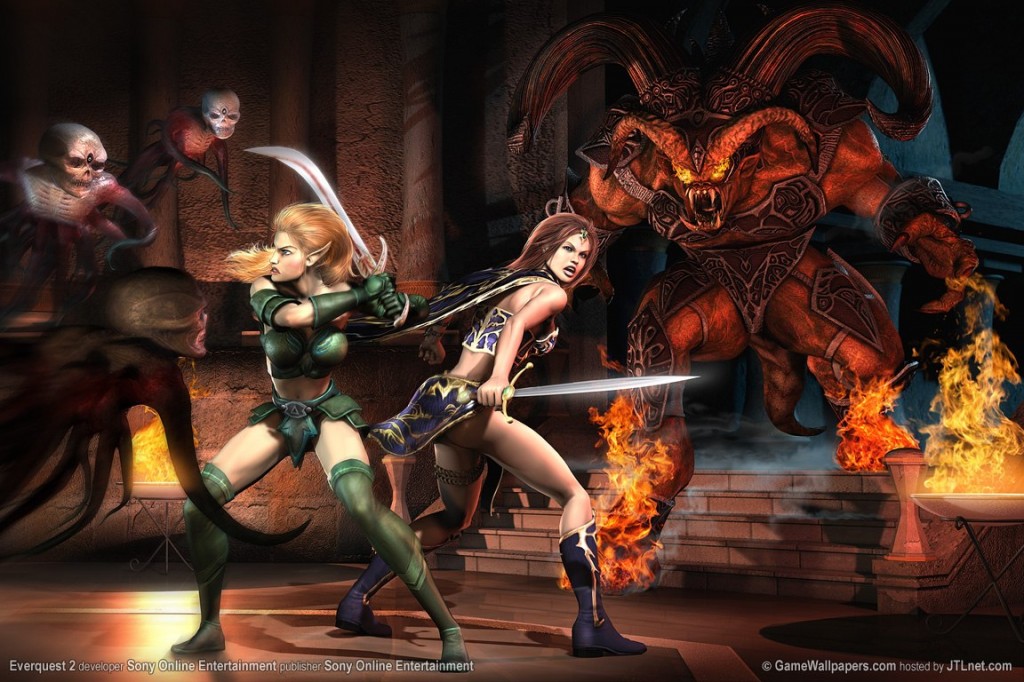 Sony Online Entertainment’s EverQuest Next was billed as “the largest sandbox MMO ever designed“ but sadly, it will never be seen by gamers- at least not in the way we first thought. SOE has now decided to scrap the original design for the 3rd installment of EverQuest. As a long time EQ fan, I was interested in hearing more about the reasons for this and how the game design would move forward.

Massively talks to John Smedley about it:

Massively: Let’s start with EQ Next. When did you make the call to scrap everything? What was it that made you choose to do so?

John Smedley: A year and a half ago, we made that decision. I didn’t get to cover this in the keynote, so I should mention it here. The engine and underlying technology has not changed. A lot of the guts and infrastructure are staying the same. What we’re really changing is what the game is all about, all the design elements. We made one fundamental shift to emergent gameplay.

Once we made that shift, everything else had to follow. And what we saw was RIFT. We saw the writing on the wall with SWTOR. We saw The Secret World. We saw all these games that we knew were in development and very high-quality, but we saw what was going to happen — this big spike and then it goes down. That’s the truth of what’s been happening with MMOs. The fans need to realize that if you don’t change the nature of what these games are, you’re not going to change that core behavior. We want to make games that last more than 15 years. That’s why we made the decision to change it.

The “reboot” seems to be focused on more player-driven content and sandbox mode rather than the traditional MMORPG mode that some say is “dying” today. They’ve changed what the game is all about and are hoping to avoid the fate of other recently launched MMOs today but will it work or will it backfire? EQ fans love the games based on their current design. Will the same fans remain with the reboot of the design of Next? Only time will tell… as with all games these days but I’m definitely excited to see how it turns out.

Read the rest of the interview over at Massively.