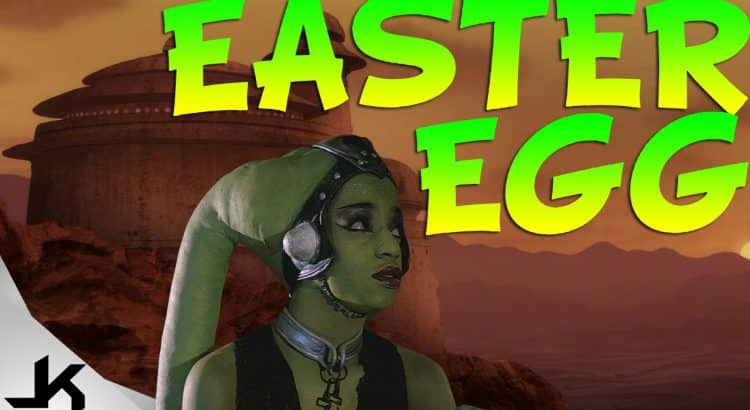 The first expansion pack to DICE’s popular Star Wars: Battlefront, Outer Rim, was sure to be a major hit with players, some of whom had decried a certain lack of depth plaguing the original release. Meant to address just that issue, Outer Rim brought tons of new content, including new locations like Jabba the Hutt’s palace and the factories of Sullust. The game has always done a great job in the authenticity department, placing players smack in the middle of the Star Wars universe, and through Outer Rim, that has been taken to a new level. In addition to graphical perfection, the creators of the game have been extremely keen on details, strewing several canon-references over the new locations.

Jabba the Hutt’s throne-room is rife with such artifacts. In fact, the room itself is a rather iconic presence in this respect. Jabba’s throne is the centerpiece, but the rancor pit is there as well, albeit its inhabitant lies slain in the dust below. Jabba’s throne is quite a piece of digital artwork: its arm comes complete with a jar of Klatooine Paddy frogs, Jabba’s favorite snack, that he used to gulp down alive.

Where there’s a rancor pit there have to be Gamorrean Guards too, and indeed there are a few halls down, but there are just three of them and they seem locked up in the prison-cells rather than guarding other prisoners.

Han Solo’s carbonite block is present in the throne-room as well, its high-profile prisoner missing. Indeed, the block used to be one of Jabba’s favorite decorations/trophies, at least back when the smuggler was still residing in it. Canon has it though that he was rescued by Princess Leia (in Return of the Jedi) re-captured and then rescued yet again, so it’s understandably empty in the game.

Jabba had a definite knack for the bizarre and he got his kicks in slightly off-beat ways to say the least, which sort of explains why he kept a droid torture facility in his palace. This location too has been meticulously re-created in the game.

Besides the above covered easter-eggs, there are a number of other subtle yet delightfully welcome canon references in the game like the trash compactor monster known as dianoga in the water tanks of Sorosuub Refinery, as well as an actual overfilled trash compactor in the factory at Sorosuub Pipelines.