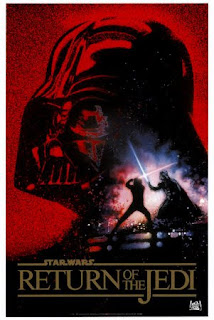 Here it is Fanboys and Fangirls, the Return of the Jedi deleted scene to be included on new Blu-Ray release.

The scene shows Luke Skywalker building his Return of the Jedi lightsaber. It gave me goosebumps, and I hope it gives you some too!

“RT @starwars: Lucas reveals that the six movie Star Wars saga box set is coming out on Blu-Ray in 2011. Will feature deleted scenes. “