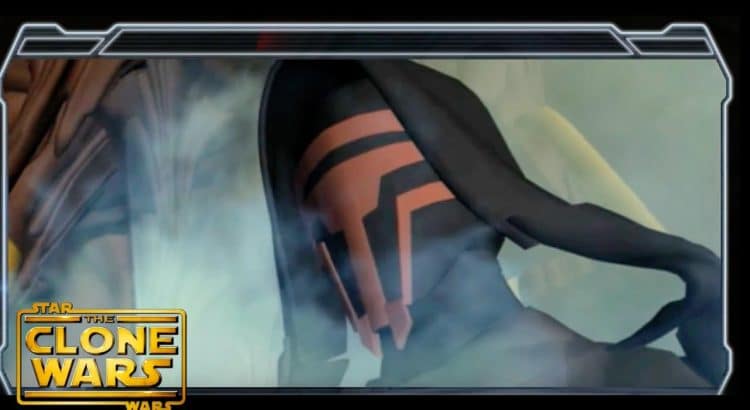 Darth Revan speaks with The Son of Mortis in this deleted scene from The Clone Wars. Chances are, you’ve heard of this epic deleted scene from The Clone Wars Season 3: Ghosts of Mortis but you might not know what it’s all about. There is a lot of chatter over this scene because it basically shows us how Darth Revan was almost canon. Is the cut scene still considered canon within Star Wars story? We’ll explore that a bit after but if you have yet to see the scene, watch the video below.

See the delete scene for yourself here:

So now that you’ve seen it, what is it all about? Here is this scene, we see that the Son has been influenced by two dark entities. They want him to control “The Chosen One”, Anakin Skywalker and bring the world into Darkness. So why did the scene get deleted? After a lot of debate, George Lucas said the scene went against everything the Force stood for and what he had previously established within Star Wars canon, thus, it was deleted.

The dark entities were revealed as Darth Revan and Darth Bane, who existed outside the Force (hence the problem Lucas had with the scene), and it was hinted that most Sith cannot do what they did here, existing outside the universe. Revan and Bane had died previously, and they say in the scene “We are those who came before”, indicating they had found a way to cross realms, essentially coming back from the death (in one form or another) to speak to the Son and to try to convince him to do their bidding. Lucas said that only those “pure of heart” could return from death, so their appearance would take away from that.

What do you think of this interesting deleted scene? Sadly, it didn’t actually happen but it does present some interesting thoughts. Will we see Revan back in canon in the future?