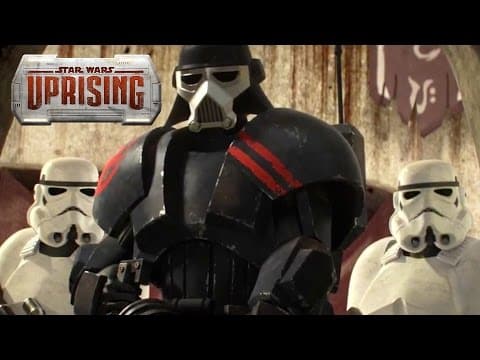 Did you ever get the chance to play Star Wars Uprising? If you did – or even if you didn’t – we have a great video for you. This video from StrongerStrange has a complete playthrough of Star Wars Uprising. It will bring back memories for those who played, and for those who didn’t, it can be pretty interesting. If you’ve ever wanted to see a complete playthrough of this game, this might even be the only chance you have since the mobile game is now offline. Star Wars: Uprising was an action role-playing game by Kabam and published by Disney Interactive Studios for iOS and Android. It was released on September 9, 2015. Unfortunately, it would have a very short life since it was shut down in November 2016.

It was a game that had a lot of potential and came along at a time when Star Wars stuff was really popular. However, some called it a “dull Diablo clone” and it fell short of many expectations. Ultimately, it didn’t perform well enough for Kabam to keep it going so they closed the doors forever. It wasn’t all bad, though. There were some good parts to the game and you can see those highlighted in this playthrough.

“It’s not often that I’ll record mobile games, mostly because it’s a pain to set everything up. How-ever there are exceptions to that rule and that exception is STAR WARS: UPRISING! On account of my blinding love for STAR WARS!”

Start with Chapter 1, Part 1, and if you really like the video, there are more you can go through to see the entire thing for yourself.

Join the forum discussion on this post
4
SHARES
ShareTweet