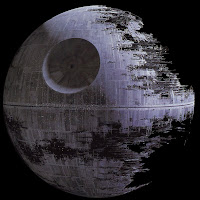 SWTOR Strategies has been following FTW Broadcasting for a while now, and a recent announcement on their You Tube Channel caught our eye: Red Rancor is joining FTW as a video “contributor” and just released their first video as part of the FTW Team.

If you aren’t already familiar with Red Rancor’s V-Cast Series, Ashral covers SWTOR Headlines, Friday Updates, Discusses a Topic of the Week, and answers Fan Questions in his “Mailbag” segment. We love the KOTOR music he uses, and the chilled out tone of the show:

In addition to the V-Cast, FTW Broadcasting has their SWTOR FTW Weekly News show that wraps up the entire week’s SWTOR news in 15 mins. This Weeks Episode was about Operations, Sales, Advanced Classes, Sanctuary, and Guilds:
You can subscribe to their channel if you like what you see. Let us know what you think in the comments below!
0
SHARES
ShareTweet