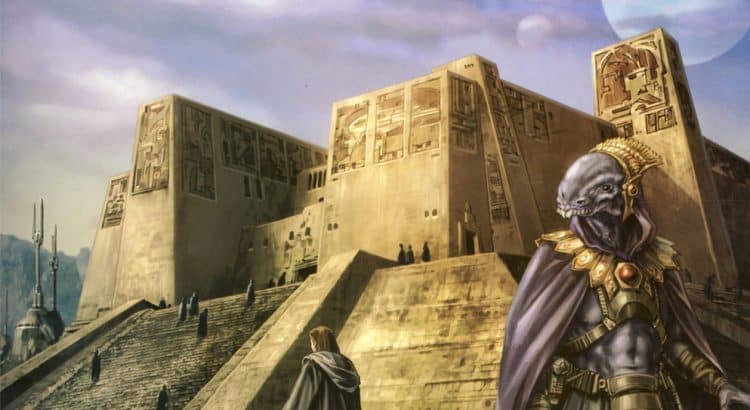 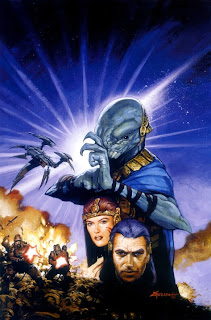 Odan-Urr was a long-lived Draethos male, who served as a Jedi Master and Jedi librarian during the height of the Galactic Republic. He preferred reading and studying rather than combat, though he was a master of the little known Jedi art of battle meditation. He was trained by the Celegian Jedi Master Ooroo.

Odan-Urr was a Jedi Padawan in 5,000 BBY, and during his time as the Watchman of Koros, he had a series of visions depicting the impending Sith invasion. He and his Jedi companion, Memit Nadill, attempted to warn the Galactic Senate of the Sith attack, but the Senate refused to listen. However, Odan-Urr had the backing of the armies of Empress Teta, and participated in the Battle of Kirrek, where Naga Sadow‘s Sith Empire attempted to crush the Republic. The Republic emerged victorious, though only at the expense of the life of Master Ooroo. In the aftermath of the war, Odan-Urr found an ancient Sith holocron—the only one known to have existed at the time—which he kept safely at all times. Shortly thereafter, he founded the Great Jedi Library on Ossus, where he became the Keeper of the Chamber of Antiquities for several centuries. He also studied the Jedi Code during his time as a Jedi Master, creating a revised version which lasted for thousands of years after his death, until the Great Jedi Purge in 19 BBY. He was widely regarded as one of the most influential members of the Jedi Order for this work.

Odan-Urr presided over the Conclave on Deneba in 3,996 BBY, where the darksiders known as the Krath attempted to slaughter the Jedi. Odan-Urr was one of the survivors; however, the attack was one of several in the leadup to the Great Sith War—a galaxy-wide conflict which took the lives of hundreds of Jedi. During the war, Dark Lord of the Sith Exar Kun learned of Odan-Urr’s Sith holocron, and went to the old Master’s Great Library to claim it. Odan-Urr attempted to stop him, but the young dark sider lashed out at the Draethos with the Force, killing him. The truth about his death was only known by Kun, who lied to the other Jedi, telling them Odan-Urr had made him a Jedi Master before passing away. Odan-Urr was over one thousand years old at the time of his death. 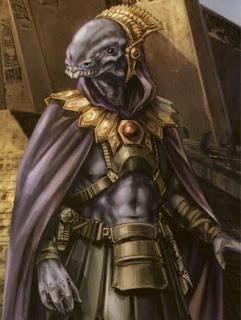 Biography
Odan-Urr was trained by the ancient Jedi Master Ooroo on the planet Ossus, and was content to simply study the history of the Jedi and the Sith before being dispatched to the Koros system to aid Empress Teta in uniting Kirrek in the final battle of the Unification Wars. Together with Memit Nadill, Odan-Urr used his battle meditation to defeat the marauding rebels on Kirrek and bring peace to the Koros system.

While on Koros Major, Odan-Urr had a nightmarish vision of Marka Ragnos‘ death and the war it would begin. He was taken to Coruscant by Teta, in order to alert the Galactic Republic to the impending danger. Unfortunately, the Republic ignored Odan-Urr’s vision, disregarding it as the delusion of a young and inexperienced Knight. Teta, however, was not as demeaning, and mustered her own armed forces to prepare for a Sith attack.

As the Sith attacks began, Odan-Urr joined his own Master, Ooroo, in the defense of Kirrek against Naga Sadow’s Massassi forces. When the tide began turning to the Sith forces, Ooroo sacrificed himself to kill them off with the cyanogen atmosphere in which he lived. His dying words to his student were prophetic, telling the young Jedi that he would become one of the most ancient Jedi ever. Odan-Urr stood by Empress Teta’s side throughout the Great Hyperspace War, and assisted in the destruction of Naga Sadow’s Sith Empire.

After searching the wreckage of Sadow’s ship, Odan-Urr found the Sith Holocron and took it with him to Ossus, where he founded the Great Jedi Library. Odan-Urr later presided over the Jedi Assemblies for more than 600 years prior to the assembly on Deneba to discuss the rising Dark Side tide and the Krath. In his time on Ossus, Odan-Urr became increasingly focused on academic pursuits, but still found time to train incoming Jedi, like Nomi Sunrider. As Odan-Urr grew in experience and renown, he aided in the development of the Jedi Code.

But his possession of the dark holocron did not go unnoticed. Exar Kun infiltrated the Ossus facility, killed Odan-Urr, stole the holocron and claimed that Odan-Urr had proclaimed him a Master before his death. Appropriately, Odan-Urr died surrounded by his books.

One thought to “Know your Lore: Odan-Urr”