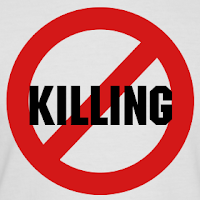 If you were getting excited about the opportunity to kill your companions in SWTOR, then prepare to have your bubble busted. Georg Zoeller has been speaking out lately about companion characters, how they will interact with us within the game as well as on the removal of the permanent death system. What original sounded like a good idea now seems impractical.
There will be now be no killing of companions in SWTOR, according to Zoeller on the official forums. He explains this decision in full detail in his post. It seems a few things have happened to make this feature not practical.
Zoeller says:
“A number of things happened:
Companions, since that feature was created, have become even more integral to the game: They run your crafting missions. They are vital to your PVE combat performance. They allow you to substitute for missing roles in flashpoints. They are at your side are in Open World PvP.
All these functions are on top of their function within the story and losing a companion puts you at a permanent competitive disadvantage in the game. Yes, you made a choice, and yes, we might even warn you about it … still: Bad choices happen when the long term consequences are not clear and the impact of this choice is like cutting off one of your limbs in our game. Ultimately, the choice you want to make for story reasons should not come at a permanent gameplay disadvantage.
Finally, our experience in testing for several months revealed significant complaints about the feature.
While it is great in concept, it did not sit well with a lot of players. We extrapolated the complaints and number of customer support incidents dealing with this issue based on the amount of testing support requests (It’s amazing how many variations of “Guys, I accidentally killed my healer companion. Totally by accident. Now I am gimped. Can I haz back?” there are) to the launch population and that made clear that this feature was not a winner.
So, in short: We’ve tested it. It wasn’t great. We cut it. We’re sorry if some of you liked the design, it just turned out that with all the other changes we made to companions over time, this one had to go. You can see that as us selling out, but the way we see is ‘phew, a bullet successfully dodged through the testing program. Thanks testers.’”
The decision was made based on negative player feedback and the choice has been removed from the game in the beta testing phase. While it’s a bummer for those who might have been looking forward to this twist, it’s good news in the overall picture of things. Who wants to play a game that’s bugged up because of a novelty type feature? It was a good feature to have, in theory, but in practice, it would cause many more problems than benefits so they made the decision to cut it.
What do you think- good decision or no? Do you wish they had kept the feature or are you happy to see it gone?