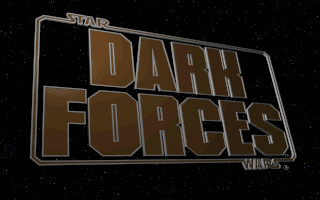 With the release of DOOM in 1993, the gaming industry went into overdrive in coming up with similar games using the first-person perspective. Some games, such as Heretic and Hexen, simply licensed id Software’s game engine. Others choose to build their own 3-D first-person shooters from the ground up. LucasArts Entertainment was one of the latter companies, and Star Wars: Dark Forces was their first stab at the genre. 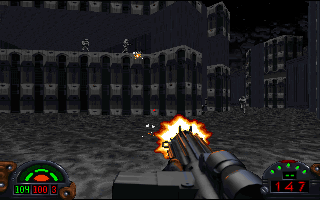 Released in 1995, Dark Forces was the first Jedi Knight game, though the original release did not use the “Jedi Knight: Dark Forces” tagline. Later re-releases would, however. The story revolves around a mercenary called Kyle Katarn, an ex-soldier of the Empire who now works freelance for the Rebel Alliance. After a minor interlude wherein Kyle steals the plans for some obscure new Imperial weapon called the “Death Star”, our hero is tasked with investigating General Rom Mohc and his plans for creating a new weapon for the Empire: the Dark Troopers.

The game plays out over 14 levels in which Kyle takes on a variety of low-level enemies, such as stormtroopers, Imperial Officers, Gamorrean guards. Kyle visits famous locales from the Star Wars universe, such as the Imperial capital, Coruscant, the “Smuggler’s Moon”, Nar Shaddaa, and the Imperial Super Star Destroyer Executor, and interacts with classic characters such as Jabba the Hutt and Mon Mothma. There are the obligatory cameos by Darth Vader and Boba Fett, but there’s no interaction between Kyle and them. (Which is probably a good idea, as any of the heavy-hitters of the Star Wars universe would be able to use him as a mop at this point in his fictional career). 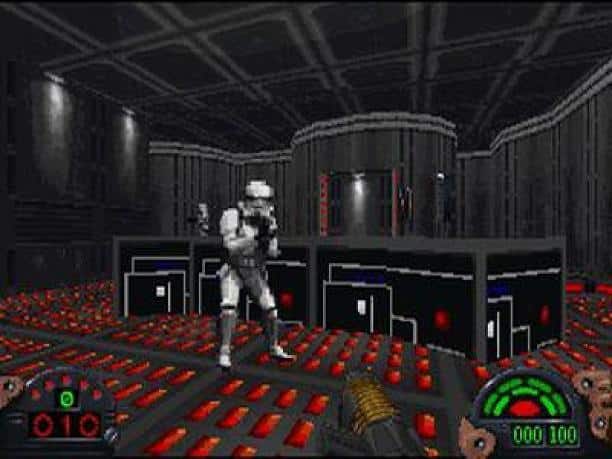 The action is in the first-person perspective, and unlike DOOM, you can look up and down for your enemies, all the better to locate and eliminate them. Although later in the game series Kyle hears the call of the Jedi, there’s no lightsaber action in this game. However, there are plenty of other weapons to keep you interested, including the Bryar pistol, the standard stormtrooper E-11 blaster rifle, thermal detonators, the absolutely awesome Stouker concussion rifle, and the Dark Trooper assault cannon (the best way to take those bad boys out).

Dark Forces was released on three platforms, all CD-based. Its initial release came in MS-DOS format (PC), followed quickly by a Macintosh version, and finally a Sony PlayStation (PS1) version a year later. Both the MS-DOS and Macintosh versions are similar to each other, and play well, but the PS1 version suffers from the translation, and is an inferior game. 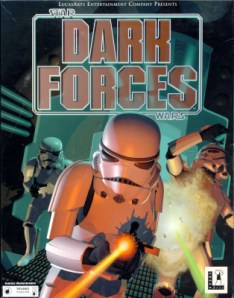 The game was a tremendous hit for LucasArts, generating close to a million units sold, and ranking one of the top-selling games of the 1990s. The critical reviews were also very favourable, with many comparing Dark Forces to id Software’s masterpiece, DOOM. Of course, with both critical and financial success came the sequel parade, and LucasArts knew a good property when they saw one. Dark Forces spawned Jedi Knight, which was an even better game than its predecessor (and which begat its own sequel and an expansion pack!).

All in all, Dark Forces is a very good game and should be on any retro gamer’s resume. If you haven’t played it before, consider giving it a little time in your retrogaming play list and help Kyle Katarn stop the threat of the Dark Trooper program once and for all!