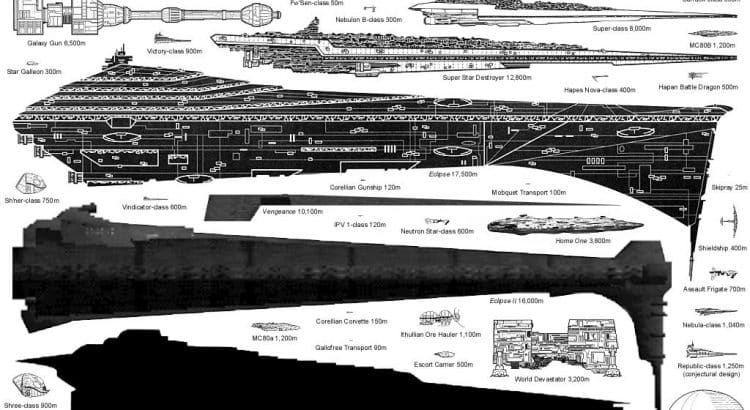 Have you always wanted to learn more about the ships in Star Wars? Growing up a girl who wanted to be a pilot, this was one of my favorite parts of Star Wars. I won’t lie, I watched a young Anakin and daydreamed about pod-racing and I was also fascinated with all the ships in the Star Wars Universe. In this great video, you can learn more about all of the Star Wars destroyers found in the game. The video is only a little over 3 minutes long but it’s packed full of great info. Learn more about each destroyer, their class and size, the weapons they are loaded with, how many crew members they can carry, and much more. You’ll feel like a Star Wars destroyer pro in no time. If you’re just one of those fans who loves Star Wars stats, this is also a video that will appeal to you.

Star Wars Explained has many more great videos that cover topics like this, canon explained, history and famous characters, Yoda’s early life, Legends, and even an Introduction to Star Wars series. If you’re not familiar with it yet, you definitely want to head over and check them out. After you watch this video (embedded below) consider subscribing to their channel so you don’t miss out on any of the awesome Star Wars stuff they do.

Let’s compare the primary star destroyers of the Galactic Republic, the Galactic Empire, and the First Order!

There you go! Now don’t you feel so much more informed about Star Wars?