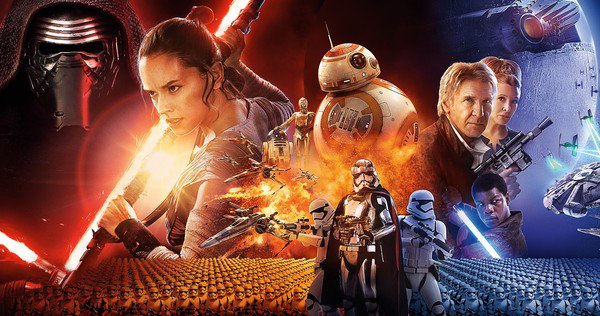 Star Wars: The Force Awakens has ended it’s domestic run in the theaters after 168 days, reaching an amazing $936,662,225 in total sales. This film has been breaking and making records left and right since its launch but it also helped Disney reach another goal.  This is a new all-time record for Disney as it topped $1 Billion in sales in 128 days.

In just over four months, Disney’s domestic ticket sales in 2016 crossed $1 billion in a mere 128 days, a 37-day improvement on Universal’s record and the studio is showing no signs of slowing down. The record was achieved on May 7, 2016, just as Captain America: Civil War was in the midst of delivering the fifth largest opening weekend of all-time. Combined with Civil War, Disney’s animated smash hit Zootopia ($328M and counting) and the studio’s classic animated feature brought to life The Jungle Book ($287.6M and counting) pushed the studio over the $1 billion mark.

How did Disney get here?

Of course, healthy contributors to Disney’s success include the acquisition of Marvel Entertainment in 2009 for $4.3 billion followed by the studio’s acquisition of Lucasfilm for another $4 billion in 2012. And don’t forget the studio’s$7.4 billion acquisition of Pixar in 2006. That said, it hasn’t been until recently that all the stars began to come into alignment as 2016 might be the first year Disney finishes as the #1 studio among the “Big Six” (Fox, Disney, Paramount, Sony, Universal and Warner Bros.) since 2003.

It is the first film to ever cross $900 million in domestic ticket sales. It achieved this insane milestone in only 50 days. It is also only the third film to ever cross the $2 billion mark worldwide and it did so in only 53 days. It’s nearly impossible to compare it to anything else because this has simply never been done before.

Just below are the top five record holders both domestically and worldwide, with stats from February. Since them, TFA has continued to blow the tops off the charts.

Based on this, what can we expect to see from the future films?