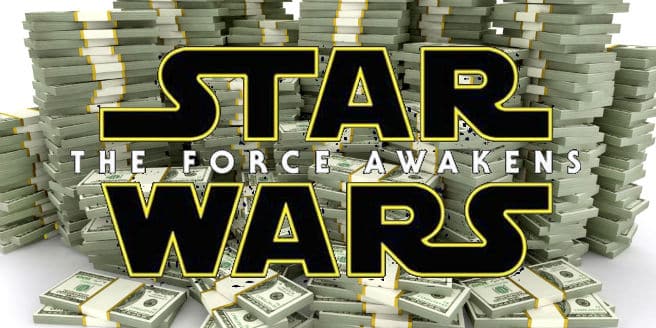 Well, now they’ve done it! We knew it was coming and the newest film, Star Wars: The Force Awakens has now officially made $2 billion in the box office worldwide. This makes it only the third film in history to ever hit that number. The other two movies to make more than $2 billion in the box office were Titanic at $2.19 billion and Avatar at $2.79 billion. This is a huge milestone for the film, but not really a surprising one.

On Friday, Disney announced The Force Awakens had made $900 million domestically, becoming the only film in history to hit that number. The Star Wars franchise has been and will likely remain incredibly popular for many generations. So while this is a historic moment for Disney, there’s a good chance the next films will break records too.

“This is a historic moment for Star Wars, for Lucasfilm, and for Disney, and all of us here are extremely gratified to be a part of this journey with fans around the world who have made Star Wars: The Force Awakens such an extraordinary success,” Disney chairman Alan Horn said in a statement. “The film’s achievements are truly astounding, and it’s our great honor to relaunch this cinematic galaxy not only for all the devoted decades-long fans but for a new generation who will keep the Star Wars legacy alive for many years to come.”

The next film is set to release later this year, although sources now say it’s been pushed to a later date and Episode VIII will premiere on Dec. 15, 2017.

Have you contributed to the $2 billion? How many times have you seen The Force Awakens in the theater?