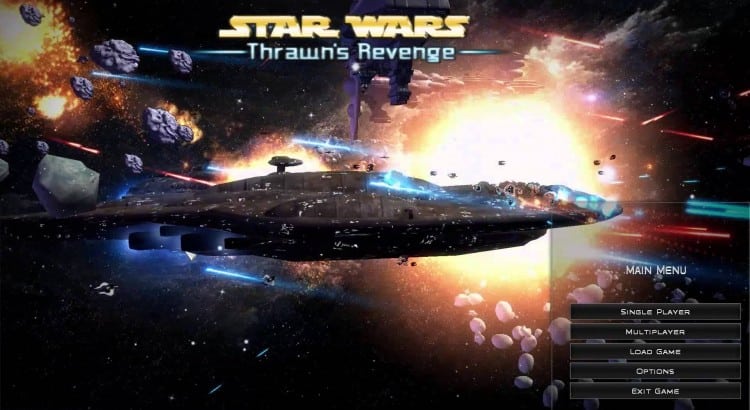 Thrawn’s Revenge is a large-scale mod for Empire at War: Forces of Corruption. It includes the events of the Galactic Civil War after Palpatine’s death at Endor, up until the signing of the Pellaeon-Gavrisom treaty. If you own the Steam version of EaW, you will have to complete extra steps to run the mod after installation. Please see the manual for these steps. If you have not tried Thrawn’s Revenge yet, you may want to head over and download it because it’s awesome.

Released in 2010, it has a lot of fun and content that is still very much relevant today. You will find more info on their website about:

The Imperial Remnant comprised the regions of the galaxy still under Imperial control following the Emperor’s defeat at Endor.

The New Republic was established by the Rebel Alliance to replace the Galactic Empire following the Battle of Endor.

Empire of the Hand

The Empire of the Hand was founded in secret by Grand Admiral Thrawn to explore the Unknown Regions.

During the fragmentation of the Empire, the Pentastar Alignment was formed of fourteen sectors in the outer rim.

Several active smaller factions have been added, including the Hapes Consortium, Duskhan League and Imperial Warlords.

New scenarios have been created, allowing exciting new gameplay in each era of Thrawn’s Revenge.

Thrawn’s Revenge has been completely redesigned from the ground up to give new aesthetics and playability.

Find out the very latest news, or ask a question, by visiting the forums.

They have regular updates and articles on their site that will also keep you updated on what’s happening with the mod, the behind the scenes details that show you they are really behind this project and that is always so great to see from a game mod. Too often these things become projects that get forgotten or put on the backburner. But with Thrawn’s Revenge, you know that you’re getting in on a project that the mod devs still care about.