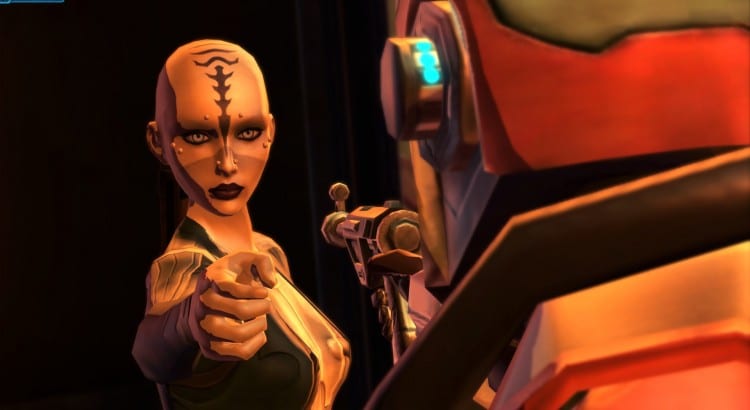 Chapter X: Anarchy in Paradise! Continue the Knights of the Fallen Empire storyline with a new Chapter featuring the infamous mercenary Firebrand! Players who were subscribed on February 1st have immediate access to this new Chapter, and it will be available for all other subscribers on Thursday, February 11th.

New Alliance Alert: Arma Rasa! Players who were subscribed on January 11th will find a new Alliance Alert on February 9th which will enable them to acquire the recently-restored HK-55!

New Alliance Alert: Little Boss! Help Blizz and his new crew defeat a rival gang to bring him into your Alliance!

Crafting Update! With the release of 4.0 we made a pass at focusing and streamlining Crew Skills and with 4.1 we are continuing this effort. Higher Skill, new Materials, Schematics, Missions and more! See below for the full rundown.