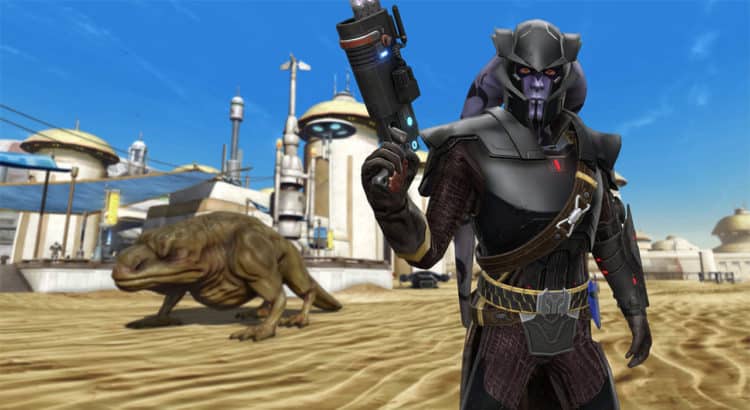 The SWTOR Devs over at BioWare Austine, has announced the arrival of Paxton Rall, wich is a new player companion. This guys will be availible from December as a part of a Holiday Subscriber Promotion. Check out the news below:

This holiday, the Star Wars™: The Old Republic™ team is excited to announce a new Premium player (Subscriber) reward* – the new Twi’lek Pirate Companion, Paxton Rall! The most notorious pirate to rise to fame across the galaxy since the invasion of the Eternal Empire, Paxton Rall scours the stars in an endless hunt for adventure and profit, making him a formidable ally in your Alliance.

Be a Premium player at www.swtor.com/premium and get ultimate access:

Thank you for being a part of the ongoing legacy of Knights of the Old Republic!