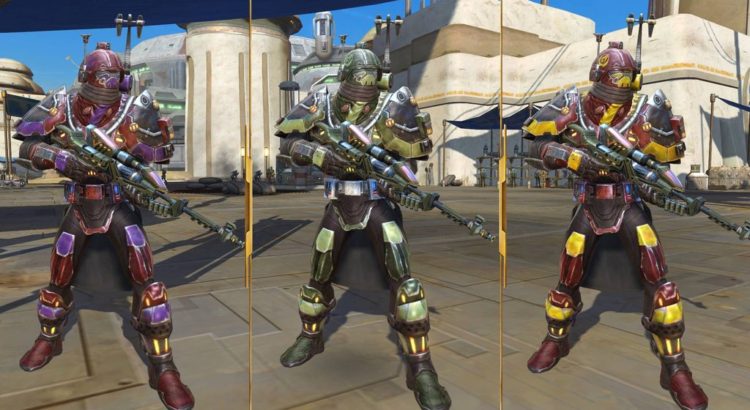 Here is a new post by Eric Musco on how Masterwork gear will work with SWTOR Patch 5.10 Check it out:

For those of you who are familiar with current Masterwork gearing plans from PTS, you will notice some changes. Otherwise, this may be an introduction to how all of this will work in 5.10. Throughout this post when I refer to Masterwork gear, I am referring to the new 252 and 258 item rating gear being introduced in 5.10. Based on our initial implementation there were a few key things we wanted to address:

Before we dive into the way MW gear acquisition will work in 5.10, just a reminder that 258 gear can be crafted by gathering materials from a variety of sources, including Master Mode Gods from the Machine. This ensures that the new MM in 5.10 is a very valuable source for progression Ops players. Outside of crafting, there are two ways of acquiring MW gear, by turning in MW Data Crystals to a vendor for 252 / 258 or by receiving 252 gear directly. Let’s cover each of these methods and within each, the separation of PvE and PvP where applicable.

Masterwork Data Crystals
There are two places where you can purchase MW gear:

Here are the ways in which you can acquire MW Data Crystals per week:
PvE

252 Gear Drops
In addition to being able to purchase gear for MW Data Crystals, there are a two places where you can outright acquire 252 gear.

Additional Changes
There are some other changes to help support Masterwork Gear (mostly targeted at PvPers). They are:

TLDR – If a player simply does two Weekly Missions of their chosen playstyle they will be able to acquire a minimum of two 252 pieces per week (or upgrade one 252 piece to 258). This does not include crossing over into both PvP and PvE, any MW Data Crystals or drops from Command Crates, or purchasing any crafted versions of this gear, which can speed up your acquisition rate of MW gear.

Let us know your thoughts on the changes to acquiring Masterwork gear in 5.10!