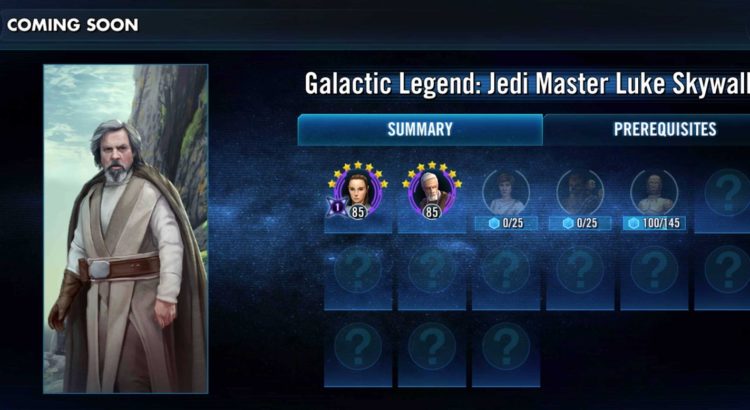 The devs over at Capital games are adressing some questions around which types of units and how many units will be required for Jedi Master Luke Skywalker and Sith Eternal Emperor. Both of these units will follow a similar roll out as previous Galactic Legends but with a shorter roll out and will not require previous Galactic Legends, such as Rey or Supreme Leader Kylo Ren, to unlock.

See you on the Holotables!