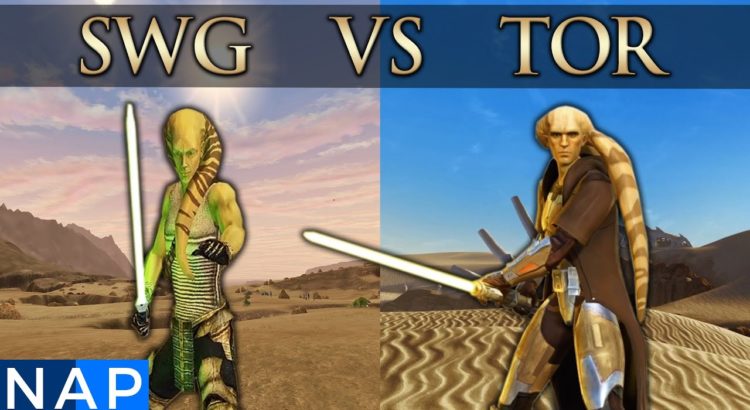 Do you prefer SWG or SWTOR? If you’re looking for a game that allows you to immerse yourself in the Star Wars universe and roleplay while completing different objectives, which one should you pick?

In this video, Napyet will breakdown the major differences between SWG (Star Wars Galaxies) & SWTOR (Star Wars The Old Republic). They’re both classic MMOs but which is best in 2020?

This is actually a debate we saw a lot more back when SWTOR was new and SWG had been shut down and did not have emulators available yet. A lot of big fans of SWG were (rightfully) upset with SWTOR for bumping their favorite game off the scene.

SWTOR itself has come a long way since then and is in many ways not like the same game it was at launch. But now, in 2020, both games are available to play through different venues.

The best part? You can play both of them. You don’t have to choose!