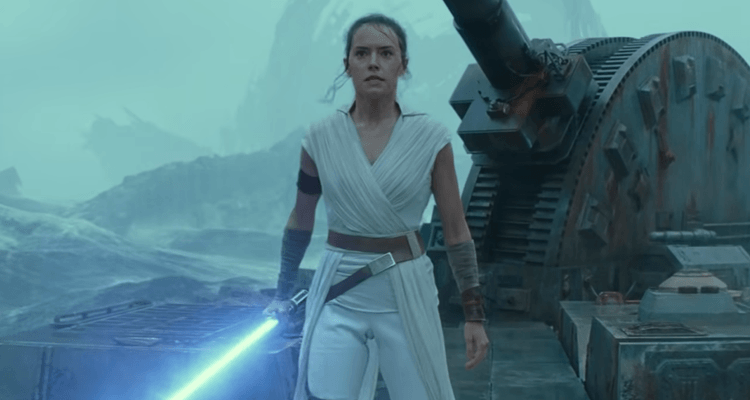 As the star of a multi-billion dollar franchise, you’d think Daisy Ridley would have no trouble finding a job after filming the latest Star Wars trilogy. Surprisingly, she says she wasn’t swimming in job offers right after (and this was before Covid-19 put a halt on filming).

In a recent interview with Entertainment Weekly about her voice role in the time-loop video game Twelve Minutes, Ridley talked about her role as Rey in the Star Wars saga, and about how she wasn’t swimming in job offers right away.

Roles like Ridley’s Rey are often career-defining jobs for actors. But it’s clear that Ridley also doesn’t want to get typecasted into only one type of role. She talks about it more in a virtual interview with the site.

“Nothing was coming through,” the actress recalls of those first couple months after Rise of Skywalker hit theaters.

“It was so sad to finish [Star Wars],” she says over Zoom from London. “”When the film was released, I was like, ‘Oh my God.’ It was such a huge chapter. And, weirdly, the past few months of not having much… Obviously now it’s really nice to be working, but not having much [at the time] I feel like I processed the last five years. To be forced to slow down, it was good mentally for me because [Star Wars was] a big thing in my life.”

I can only imagine what it would be like work on a Star Wars trilogy, but it’s definitely known to take up their entire life until all filming and production is done.

Ridley also talks about future projects. If you’re a fan of hers, it will be interesting to see how she pulls of some different roles, outside of the Star Wars franchise. Do you think you’ll still just see her as Rey?

“”There’s one thing that I’m gonna do that’s super f—ing dark,” she teases. “”I was like, ‘Do we need something this dark?’ But it’s also really interesting and about memory and everything’s a bit fragmented. I definitely feel like what I wanna watch and I guess be part of is something with some joy. That’s what people need.”