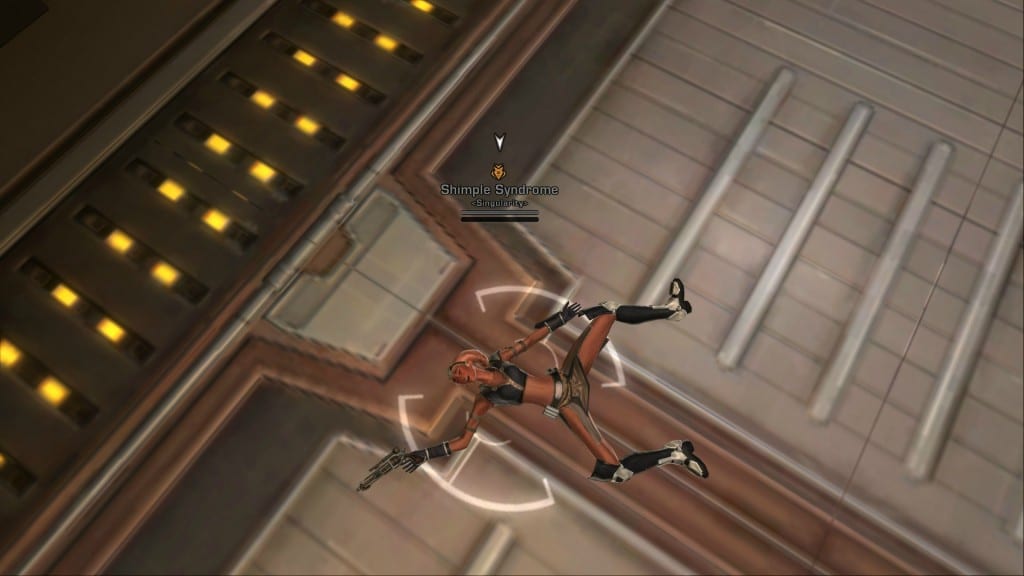 Here’s an interesting topic of debate- player marking in PvP. Both SWTOR and WoW have it and some people love it, where others hate it. I often play a healer in PvP (in both games) and I know what it’s like to be targeted for focus fire with a big mark over your head. You don’t have to see it to know it’s there.

So here’s the question: does this feature belong in PvP?

Some will say it is an essential part of the game, allowing teammates to coordinate and plan their attack, shut down the enemy healers and spot a targeted enemy from clear across the field.

Others say it causes an unfair advantage and that is changes the play of the game, especially when the marks do not get removed upon death. So what do you think? Is player marketing an essential feature of PvP and warzones or should they be removed?

As someone who has both been marked and used the marks, I can see both sides. My initial instinct is that I don’t care either way whether they are there or not because I just don’t need them. If you cannot spot the person healing based on the fact that they are well… healing, then you need to pay more attention to the game.

But then again, from the stand point of a group leader or when playing in PUGs, I have to be realistic and admit that some players aren’t that good or just don’t know any better. Maybe they are new to the game and don’t know how to spot the healing classes. Maybe they have low graphics or a poor performance computer and it’s difficult for them to multi-task playing with spotting a healer. It’s much easier to just put a giant mark on them and tell the whole group to kill the marked player.

Ultimately, healers shouldn’t be allowed to just stand there and heal without being attacked whether there are marks or not. You need to expect to be targeted, learn to move around, use your abilities, use LOS and other techniques to survive while keeping others alive. For me, this is part of the fun of the game.

The same can be said for any other class. Let’s say the group marks one particularly geared and skilled player knowing that they will take on the whole team. Even without the mark, that guy is probably used to being targeted because that’s kind of the point. When you’re good, the enemy notices.

Some argue that the icons dumb down the game, requiring less thought process. Players don’t have to try so hard to find a player with a giant mark above their heads. But then again, a stubborn player or even a new player who doesn’t understand might not comply without the marks.

On a personal level, I couldn’t care if they were there or not but since they are, I will use them because it’s what the other players are used to and what they seem to prefer. What do you think about it? A feature that rocks or that needs to be nixed from MMORPGs?