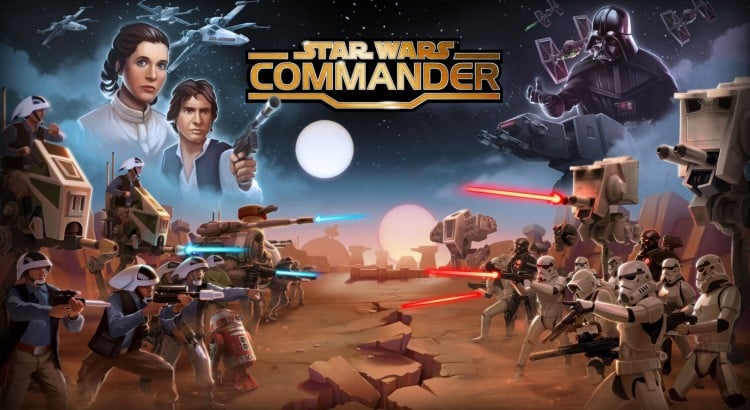 Chinese mobile game company, MGE, said that Star Wars: Commander has become a No. 1 hit in China, generating more than 1 million downloads in just four days. This is a huge sign that Western content is popular in China and that the love for Star Wars is truly universal. The Chinese love Star Wars as much as we do.

Venture Beat goes on to explain a little more about this:

Licensed from Disney, CMGE (China Mobile Games and Entertainment Group) tailored this Clash of Clans-like strategy game for the Chinese market and promoted on the many app stores in that country. That’s consistent with a trend of Western developers partnering with local Chinese companies to take their work to China, which has become the biggest market in the $30 billion mobile gaming industry.

The Chinese mobile game market is about 51.4 billion renminbi, or about $7.8 billion, and it has more than 396 million users, according to market researcher Dataeye. Ever month, more than 1,000 mobile games are released in China.

That is quite impressive if you really think about it. Disney is trusting CMGE to act as a partner to distribute to an entire new culture of people. It really expands Disney’s reach on the world but it also shows that they are not afraid to let the experts handle it when it comes to expanding to the overseas markets. Together they can create more great games for the Chinese market. It’s a win-win.