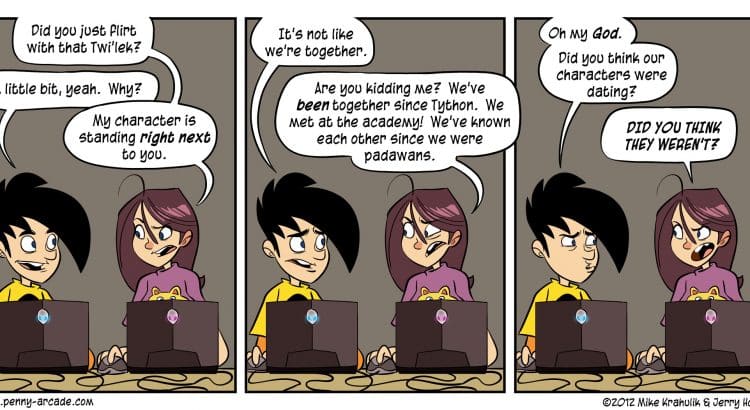 SWTOR Producer Ben Irving posted a rally nice open letter to SWTOR Players on the official forums. This letter address some of the concerns players have had with Knights of the fallen empire.

My name is Ben Irving, Producer for Star Wars: The Old Republic. I don’t often make posts in the forums, in fact, this may be my first ever post. Despite that, our whole team, myself included try to digest all of the internet for SWTOR information – The forums, Reddit, Facebook, YouTube, etc. Recently there have been questions and concerns around the quality of our releases and the ongoing support for SWTOR and I wanted to stop by to address those concerns.

First off, I want to apologize for some of the issues you have experienced in the last couple of months. The monthly chapter release schedule is new and it has come with some unexpected bugs. It has caused problems for some of you and I want to say I am sorry. At our core, the SWTOR team are all gamers, just like you. We empathize with the excitement of wanting to play a great game only to be blocked by a problem. We spend all of our energy striving to make SWTOR the best game possible and when bugs and other issues get in the way of your player experience, we take it to heart. We are committed to doing better and I think Chapter XII: Visions in the Dark shows we are serious about listening to your concerns and making meaningful changes to address them – a high quality chapter, released on time that we hope has met the expectations of our players.

Onto the future. Is SWTOR going to receive ongoing support? The answer is absolutely yes.

It’s worth starting with the things we have already announced, we talk about them on the monthly Producer Live Stream but I think they are still worth mentioning. We had the launch of Knights of the Fallen Empire – 9 incredible story driven chapters, 14 companion recruitment missions, Star Fortress, 5 new player levels, 30 flashpoints upgraded to be challenging again, 50 operation bosses upgraded to be challenging again, too many heroic quests to count, a revamp of the 1-60 levelling experience and a huge number of quality of life improvements. More recently we have kicked off our monthly chapter cadence and our third installment – Chapter XII: Visions in the Dark – was just released. That cadence will take us through most of the year ending with Chapter XVI, our story finale for Knights of the Fallen Empire. In addition to all the monthly chapters we have built great supporting content – Recruitment missions to explore the galaxy with some of your favorite companions, the Odessen Proving Grounds Warzone, the Rishi Cove Arena, the Eternal Championship and new levels for crafting. That’s actually more content following a major expansion than we have ever released and the team is really excited for all of you to play it.

The harder part to address, because you have to take my word for it, are all the features and content we are working on that we haven’t yet announced. If you follow Charles Boyd or Paul Marino on social media you may have seen some hints of this. The team recently visited our MoCap studio to create new animations. Charles Boyd spent a week at our VO studio recording more lines of dialogue for future story content. The two most exciting things to share are that our writers are deep into the plot summaries for the next season’s worth of chapters and we have started the early design phase for new, non-chapter, content. You all know the drill here, I can’t talk about any of the specifics (yet) but what I can say is that we have some REALLY cool stuff to talk about later this year and the whole SWTOR team can’t wait to announce it. Soon. TM.

If there is anything I would like people reading this to take away it’s this: SWTOR is absolutely being supported into the future. We have a lot of content coming over the next few months and even more exciting things to talk about later this year. All of us here at BioWare appreciate your ongoing support and we are committed to providing the best experience possible.

It’s because of you, our players, that this game continues to thrive. Thank you for playing Star Wars: The Old Republic.