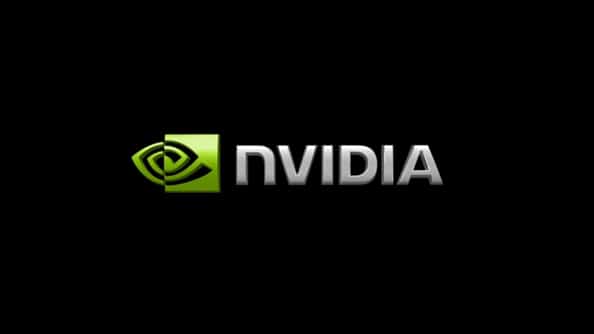 NVIDIA is showing some love for Star Wars: The old republic in there upcoming driver release. In the new beta release NVIDIA is adds native Ambient Occlusion witch  is a visual effect that was originally developed by Industrial Light and Magic (ILM) and used in the 2001 film Pearl Harbor. Hardware support has been available since 2003 with NVIDIA’s GeForce FX. One of the first games to use ambient occlusion was Crysis, which was developed by Crytek and released in late 2007. In 2009, NVIDIA added Ambient Occlusion as a Control Panel feature in its v185 drivers. An up-to-date list of games that support ambient occlusion through the Control Panel is given at the end of this article.

What It Is and How It Works:

One of the most difficult challenges in 3D game design is realistically modeling the behavior of light and its effects on various textures and surfaces without compromising frame rate. On a movie set, animators can leverage huge amounts of computational power and have the luxury of spending hours on a single frame. 3D game engines have no such luxury. Ambient occlusion is a technique to produce film-like lighting quality with real-time performance.

Ambient occlusion is a lighting model that calculates the brightness of a pixel in relation to nearby objects in the scene. More specifically, it determines when certain pixels are blocked from the environmental light by nearby geometry, in which case, its brightness value is reduced. It accounts for the general dimming effect when two evenly lit objects are brought close to each other.

From the driver release notes:

To activate AO in a game that doesn’t natively support it, do the following: 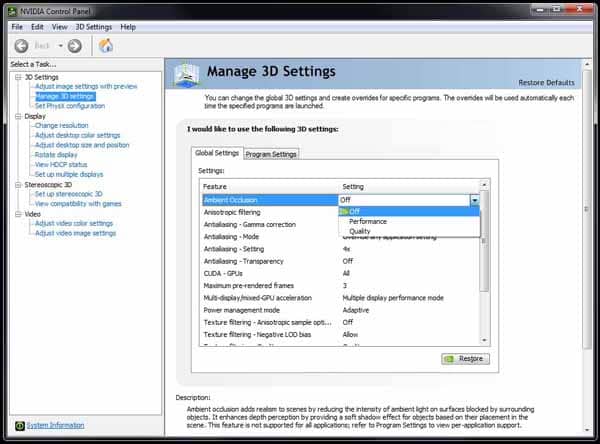