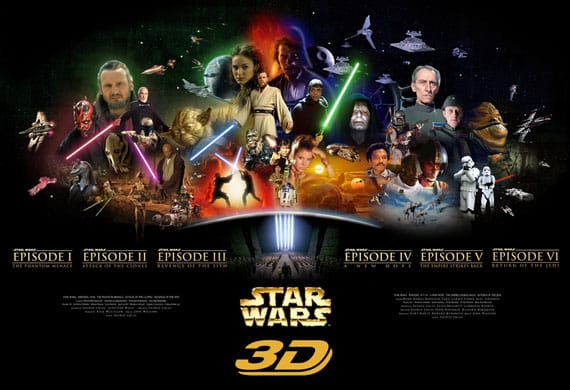 Lucasfilm and 20th Century Fox are taking a page out of the successful 1997 re-release of the original “Star Wars” trilogy as they prepare for a 3-D launch of two more movies from the space saga next year.

“”Star Wars: Attack of the Clones” and “Star Wars: Revenge of the Sith,” the fifth and sixth movies — but the second and third chronologically — will be released in 3-D on Sept. 20, 2013 and Oct. 11, 2013, respectively. Lucasfilm announced the news on its Facebook page Monday.

Putting the two movies three weeks apart mirrors Fox and Lucasfilm’s strategy 15 years ago when the original “Star Wars,” “Empire Strikes Back” and “Return of the Jedi” were re-released in three-week increments over the winter.

The approach can help create the feeling of a major fan event lasting a month or more. It will also save marketing dollars, as Fox (which handles distribution and advertising for “Star Wars”) can promote the two movies together. In addition, it can make theater bookings simpler, since “Revenge of the Sith” will likely replace “Attack of the Clones” in many locations.

Not all “Star Wars” titles have been re-release blockbusters. “The Phantom Menace” grossed a decent $43.5 million when it was re-released in 3-D in February.

Those three movies will be re-released in 3-D eventually as well. Don’t be surprised if they all hit screens in a six-week span.