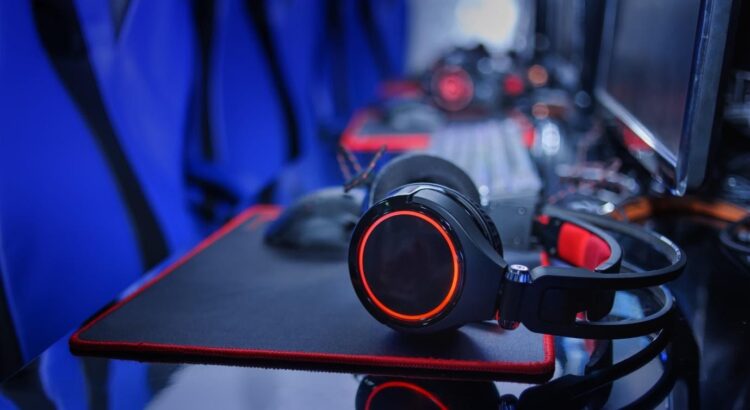 The world of gaming entertainment has taken a complete U-turn since the 1990s and 2000s. The days of competing against AI or inviting your friends over to pick up a second controller have turned into online betting sites in 2021, delivering odds on competitive gaming and players battling each other from other sides of the planet in the comfort of their homes. In addition, gamers can now become professionals in their craft, but how do you start a career in professional gaming?

Becoming a professional gamer or beginning a gaming career is an exciting thought for most people. If you love playing video games, there’s a great chance you’ve dreamt of playing at a professional level or thought, ‘am I good enough? Whether you want to join a gaming community, win an esports tournament, or make money from pro-gaming – the possibilities are easily obtainable in comparison to physical sports because, in gaming, anybody at any age can pick up a gaming controller.

Here are a few steps you can take to kick-start a career in professional gaming.

Firstly, to have a successful career in gaming, you want to be certain your heart is in the right place. The best esports competitors didn’t become professional gamers by playing leisurely; an in-depth passion and the willingness to be the best has assisted their goals.

The craving to join a gaming community, sometimes work as a team and satisfy your desire to become a gaming guru are good reasons for starting a pro gaming lifestyle. A sense of positivity with the removal of materialistic goals like popularity and making money can quickly help build your career in pro gaming.

For the parents telling their children, “you can’t play video games for a living”, you could not be more wrong. However, the path to becoming a pro-athlete in the esports world will take hundreds of man-hours of practice, determination, skill, and teamwork.

If you own a true passion for gaming, it won’t be a walk in the park, but holding the devotion required is a great start.

The Right Game for You

Finding a suitable game could be imperative towards your future success. If you genuinely love gaming, you won’t mind putting aside your favourite game for the game you’re most skilled at. And be sure to select a game that’s upcoming in popularity or has already established itself within the esports community.

Choosing a well-established game is essential because the resources and infrastructure needed in professional gaming are already in place. Games such as CS: GO, Call of Duty, Dota 2, and League of Legends are some great examples of titles that are already established.

There is no more straightforward way to build a career than learning from those ahead of you; joining a community that like-minded individuals surround is crucial.

Networking is essential throughout most industries, and in gaming, it’s one of the easiest. Still, be sure to network with gamers at your level who have the same aspirations. This way, you can avoid the discouragement you may stumble across when aimlessly finding other gamers to play with.

Build friendships online with similar minds; this means you can quickly learn the mechanics of a game together whilst sharing advice and experiences. And you never know, it could be the start of a team.

Gaming at the highest level doesn’t always provide fun. It can become intense, and sometimes arguments will occur, but this is universal in any competitive team sport and will help you assemble a reliable team in the long run.

The greatest method to evolving to a professional level is to study the pros themselves. Gaming mechanics, tips and tricks will often be utilized to their full potential by the best players in the world, and if you believe your skillset lacks a few intricacies required for the next level, then take inspiration from those who have been there, done that.

The good news, most pro-gamers and their gameplay can be found on the internet. Live streaming has become a second revenue stream on sites like Twitch.tv. and YouTube.

You can also find tutorials and guides where professionals explain in detail what’s taking place, rather than just watching gameplay which can sometimes be challenging to understand.

Outside of the factors we’ve mentioned, you should also find the correct gaming gear. The pros will be using the best available equipment to give them the edge, and you don’t want to be left losing games because of your outdated gear.

There are many challenges when starting a career in pro gaming, but with the correct gear, a team behind you, and your skills honed – you’re heading down the right path to competing in tournaments and levelling up above the rest.