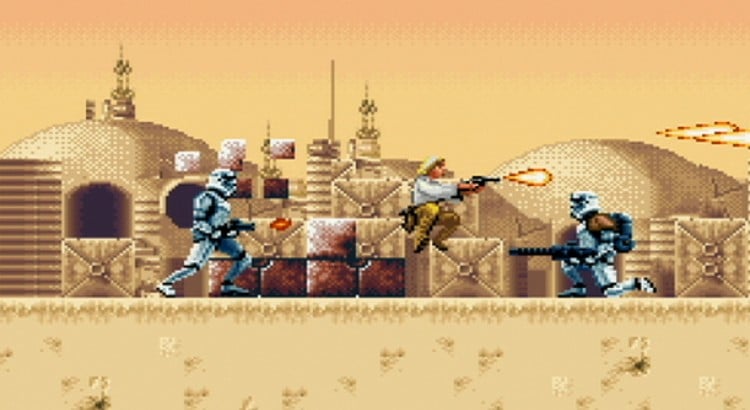 Anyone who has read my posts here knows that I am a Star Wars games fan. I think most of us can say the same, that’s why you’re here reading this. What you might not know is that I am also a big fan of the 16-bit generation. I was born in the 80s and I grew up in the heyday of the Super Nintendo and SEGA Genesis generations.

StarWars.com has written a post featuring the best Star Wars games of the 16-bit generation and I gotta say, the nostalgia is strong! After looking over their list, I have to say that I agree with most of them. Here are the games that made their list. You can read the full post to see why they chose each one.

As a girl, I dreamed of being a pilot. Flight simulator games have long been a favorite of mine. If you’re a game developer making a space combat simulator today, this was the game that set the standard. I loved X-Wing and I was not alone, since it has often been named one of the best Star Wars games and also one of the best flight sim games around. Who didn’t want to be a young pilot for the Rebel Alliance, flying the popular X-Wing as well as other starfighters like the Y-wing, A-wing and B-wing? This was also one of the first PC games I ever played (aside from Oregon Trail). It was even re-released on GOG.com last year and fans near and far rejoiced.

And were it not for Star Wars: X-Wing, we could not have this one. Another flight sim, yes, but this game took it to the next level, also allowing you to play as the Galactic Empire. It expanded on the Star Wars universe and was great fun to play. The gameplay wasn’t a lot different from X-Wing but they took a good thing and made it better, while also polishing up the visuals.

My first console was a Nintendo Entertainment System and for many of us kids who grew up in the 90s, the Super Nintendo brings back a lot of great memories. Super Star Wars is one such game. This game took us through the plot of the movie, A New Hope, but took some liberties on the story for the sake of entertainment and playability. It was a great game.

This one was a Doom-inspired first-person shooter that had me hooked from the start. I have been playing FPS games since Doom and without Dark Forces,  we wouldn’t be looking at games like Star Wars Battlefront today. While the game had a play style similar to many others of the time, it was the story, the attention to detail, and of course that Star Wars theme that really lured us in. I loved this one!

Let us know in the comments: do you agree with the picks? Did your favorite make the list?