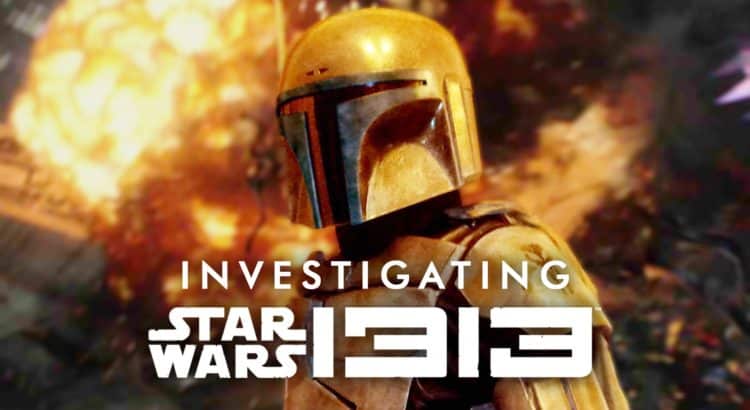 You know how we love Star Wars games around here, and this isn’t the first time a game we were excited about has been cancelled, but Star Wars 1313 was unique in that it had a gritty, darker feel to it than any other Star Wars game to come out before it.

It really spoke to an older audience and it was going to be a great 3rd person shooter, even without the Star Wars theme to it. Add that element, that you could be your own bounty hunter, and you can see why it really stood out to a certain class of fans. It was also evolved to look like Boba Fett would be the lead in this game. Either way, it was never meant to be, so we’d never see this come to life.

If you want to learn more about the game that would never be, check out the video below which really goes over all of this in full detail, including some game footage for you to look at if you haven’t seen it before.

“Nothing garners more hype than rumors of a new Star Wars game, and the gritty action-adventure game Star Wars 1313 was no exception. Every demo reel and bit of gameplay information led to rabid speculation and anticipation from fans and critics alike, as the game appeared to represent a significant leap forward in cinematic storytelling in the expanded Star Wars universe.

But all that came crashing down when Disney purchased Lucasfilm, and subsequently cancelled all Lucasarts projects in development, including Star Wars 1313. Star Wars video game fans have always wondered what these abruptly canned projects would have looked like, and we at Gamers are no exception. Today, we’ll will take a look at what might have been: this is the tragic story of Star Wars 1313.”