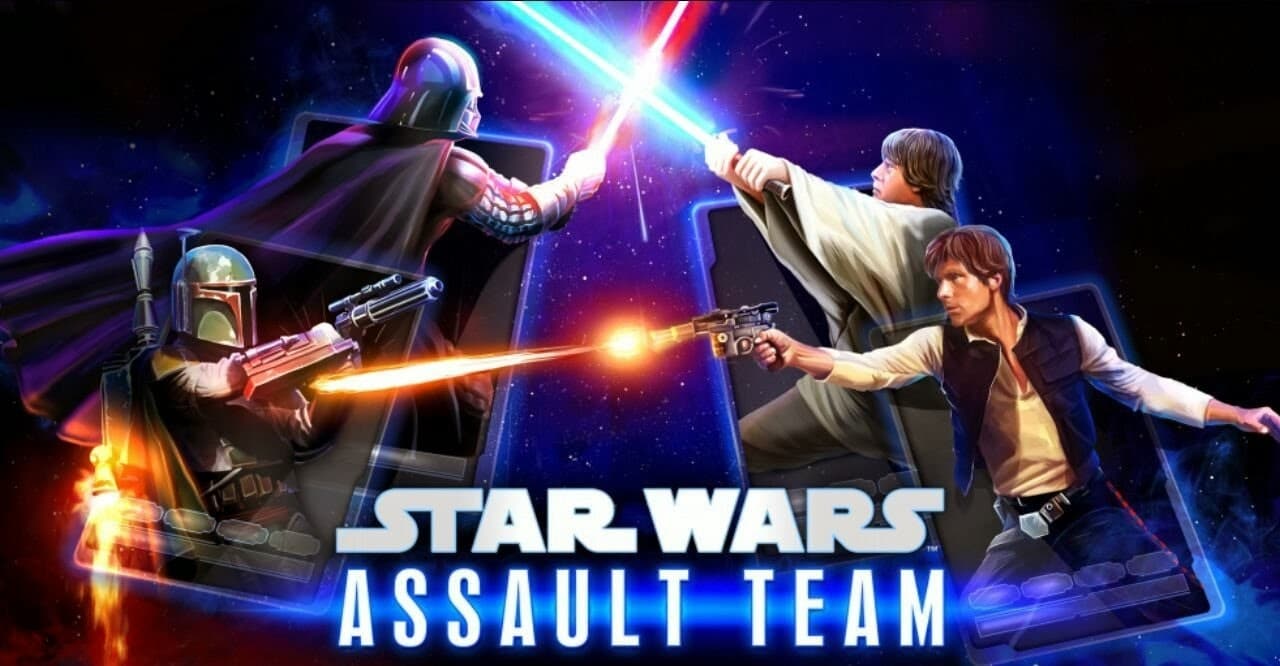 Disney Mobile has just launched Star Wars: Assault Team, a brand new collectable card game (CCG) set in the “Star Wars” universe, on the App Store. You can pick up the new application free of charge now and it’s optimized for the iPhone, iPad, and iPod touch.

Developed in parntership with LucasArts, the game allows iOS device users to build up a deck of cards featuring their favorite characters from the popular space opera franchise, and to do battle against the Galactic Empire. The app’s storyline is set between “Star Wars: Episode IV A New Hope” and “Star Wars: Episode V The Empire Strikes Back,” and in its release notes, Disney explains:

Infiltrate enemy fleets and outsmart your opponents in exciting, face-to-face combat. Embark on epic missions to escape from enemy ships, find the Wookiee resistance, survive ambushes on the streets of Mos Espa, and much more! Fight for ultimate control of the galaxy in this strategic combat game, where every move counts!