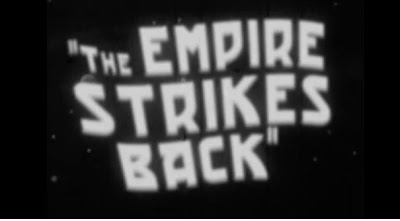 Let’s turn back the clock, shall we? Back to a distant time in an alternate universe far, far away… The 50s! It was a simpler age of 3-D movies, and robots named Robby, Gort, and Tobor. A hidden gem of this period in cinema is a little film called “The Empire Strikes Back”, the second chapter in a planned three-part epic science fiction trilogy. While the preceding and succeeding episodes were never actually produced due to budgetary constraints, “Empire” shines as an example of 1950s 3-D space opera. The re-release of this trailer coincides with the 60th anniversary of this amazing film.