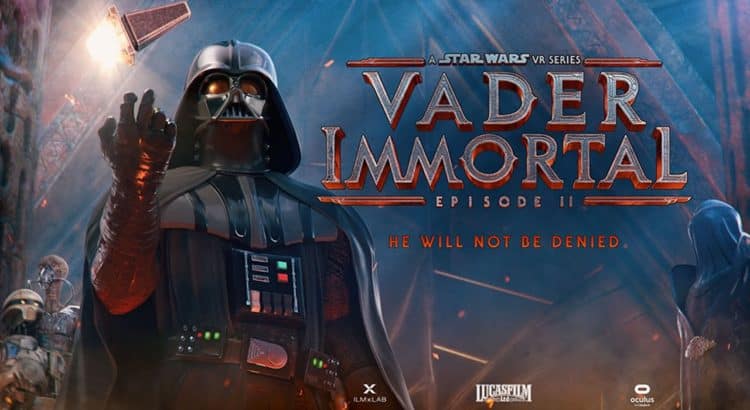 While most of the Star Wars hype is currently centered around the launch of Star Wars Jedi: Fallen Order, another game based on a galaxy far, far away is due out in just a matter of weeks – Vader Immortal: Episode III.

Vader Immortal is a VR series following the workings of the infamous Darth Vader. Episode III will be the last installment of this particular VR trilogy. Venturing into VR was a big step for the Star Wars franchise to begin with. While it hasn’t been a massive commercial spectacle by any means, the Vader Immortal series has found a solid base in VR enthusiasts that want to immerse themselves and feel like a true lightsaber-wielding Jedi.

Driven by a canonical and interesting storyline, great visuals, and addictive gameplay, Vader Immortal has won the hearts of thousands of die-hard Star Wars fans. Rather than go with the standard flow of VR games currently on the market, the game does an incredible job of keeping players captivated with solid storytelling and action-packed gameplay.

In the first title of the series players were pulled out of deep space and locked away in Vader’s castle. In Episode II the main character learns how to utilize the Force and goes on a mission to collect a powerful, ancient artifact for the most recognizable Sith Lord of all time – Darth Vader.

Episode III delivers a conclusion to this story. Vader now has the Bright Star in his possession and returns to his castle in an attempt to use the artifact to wipe out all life on Mustafar. With the assistance of the Mustafarian people and a droid companion, Z0-E3, players are tasked with making a return to Vader’s castle and bringing his plan to an abrupt end to save Mustafar.

Perhaps the most compelling reason to purchase Vader Immortal: Episode III, however, is the fact that at some point in the game the player has to participate in a lightsaber duel with Darth Vader himself – an experience most hardcore Star Wars fans will drool over.

Vader Immortal: Episode III officially launches on November 21st. It will be available for the Oculus Quest and Rift VR headsets. The game was developed by ILMxLAB who are also credited with working on Star Wars: Secrets of the Empire – another Star Wars VR adventure that was released in early 2018.

While VR hasn’t blown up as much as the industry thought it may years ago, it still holds a place within the gaming world. With the success of the Vader Immortal series and other Star Wars themed VR titles, it’s hard to imagine this will be the last VR series we’ll see don the Star Wars name.