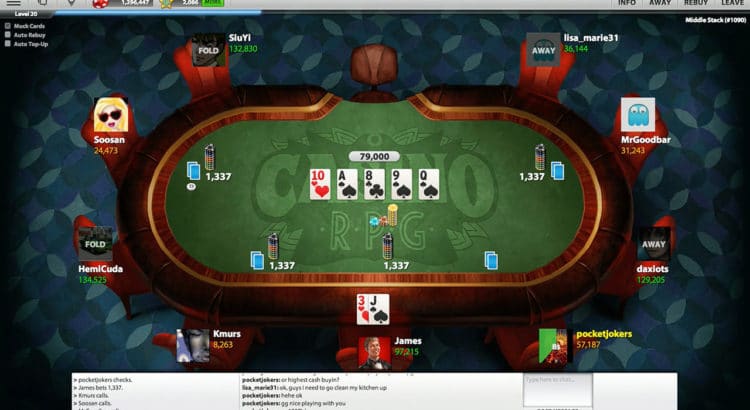 There are many people, who would say that playing blackjack to earn some money is simply impossible and those, who try, are destined to fail. They would also say that you only risk your money and don’t have a single chance of earning anything. But these claims are rather far from reality. Look at professional blackjack players: they spend tens of years mastering the game, know all of the strategies and tricks, and often make a living simply by playing. To earn good money and not to lose a fortune you should start with learning theory and devoting your time and energy to polishing your skills. So if you love blackjack, have enough savings and time to learn how to play, you have rather high chances of winning and earning. Just choose a reliable casino with favorable odds and solid bonuses. Do you want to learn more about people, who played blackjack and won? Then go on reading!

Josh Axelrad: A Story of A Card-Counter

This story is a combination of a personal journey, love to blackjack and entrepreneurial skills. Josh Axelrad shared it in his book Repeat Until Rich: A Professional Card Counter’s Chronicle of the Blackjack Wars (Penguin, 2010). After graduation from Columbia and teaching English in Spain, he came back to New York and started working on Wall Street. There he teamed up with blackjack players and earned a minimum of $10,000 from every game. Counting strategies that were described years ago still worked and Josh applied them to win. With time blackjack changed and casinos thought about revenues, not about players. Axelrad stepped aside and wrote a book receiving $300,000 for it. However, he lost all of the money playing online poker. How did it happen? Josh said that he was playing for the wrong reasons: he was trying to cure depression, and not to enjoy the game.

Don Johnson and His $15 Million Win

Don Johnson, an executive officer of a company that develops wagering horseracing systems, started playing blackjack in 1997 with small bets. With time his savings increased and he managed to spend more. When his losses reached $500,000 in Tropicana, the casino offered him a 20% discount. This meant that if he lost the whole sum, he needed to pay $400,000. Johnson said that in 2010-2011 casinos didn’t have their best days and they did everything possible to attract players (especially big spenders like Don)by offering free stays at hotels, jet trips, and huge discounts. All of this helped Don to win $6 million in Tropicana, $5 million in Borgata and $4 million in Caesar’s. And all of it for five months! However, Johnson claims that he played fair without any counting or cheating. He has a good memory and acuity and can keep track of all the cards that were played and that remained on the deck.

What do you need more: tricks, luck or years of practice?

Stories of Josh Axelrad and Don Johnson are rather inspiring. But they are completely different. While Josh Axelrad and the MIT team used counting cards, money management, and team buildings to beat the game, Don Johnson (even though having years of experience) just happened to be in the right place at the right time. Josh Axelrad says that the secret of MIT team’s success was that they approached the game as a business: hours of daily training, memory exercises and checkout procedures. Actually, he says that it is rather easy to beat blackjack, and anyone with a high school degree and a proper approach is able to manage the strategy and win.

Everyone can be a blackjack millionaire!

Every day millions of people worldwide are playing casino games. By right blackjack is considered the most popular one and it is actually the only game, where the odds are rather high and you can win good money. Examples of Josh Axelrad and Don Johnson are the best illustration. However, you will need to spend years mastering various strategies and to possess the strength of character to resist not only the rest of the players but the casino itself. If you are ready to try, go for it and don’t be afraid of any obstacles on the way!