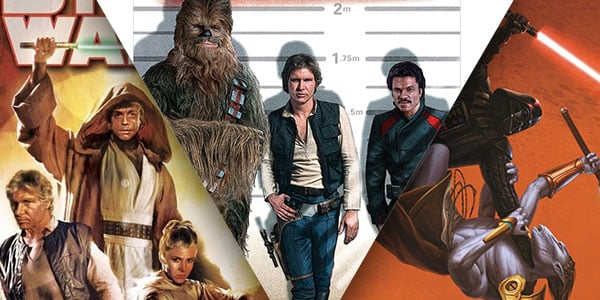 We are seeing Star Wars making mainstream news and conversations more often here lately. Even President Obama had something to say about how awesome Star Wars is. So while we were not surprised, we were happy to see The Wall Street Journal handle the topic as well.

In the Arena section of Friday’s Wall Street Journal, writer Alexandra Alter reported on the literary universe surrounding the Star Wars films and also addressed the fans who enjoy it and the culture that often critiques it.

Alter interviewed author Troy Denning as well as some other key names to Star Wars. Hardcore fans will not be surprised by most of the piece but it was very well researched. TheForce.net tells us a bit more about the article:

Nothing in the article will surprise serious Star Wars fans. It mentions Leland Chee’s Holocron, with the obligatory reference to both the database’s scope and level of detail — including “the number of eyes on a creature called a Gran (three) and the number of arms on a Codru-ji (four).” It offers statistics on the scale of the EU — “There are more than 125 million copies of “Star Wars” books in print, and 115 titles have been best-sellers.”

In addition to a mistaken reference to Marvel Comics as one of Lucasfilm’s publishing partners, the article also seemed to misrepresent the nature of the relationship between the authors, the Del Rey editors, and the Lucasfilm team. In particular, there is this sentence regarding how much freedom authors have in their books:

Sometimes Mr. Denning doesn’t like the script he is given, but he follows the prescribed story arc anyway.

Leland Chee took to Twitter to clarify the dynamic:

One point I do want to clarify, coming up with EU story ideas is a collaborative effort between Lucasfilm, the publishers, and the authors.

In my (limited) experience, Del Rey and Lucasfilm really do collaborate with the author. It’s actually a fun process.

I always felt that Del Rey and Lucasfilm worked hard to give me as much creative freedom as possible. Very nice thing.

So there it is… Where do you stand when it comes to the Star Wars Expanded Universe? Fans really differ when it comes to this topic. There is often debate over what makes a “true Star Wars” fan. As for me, I think anyone who loves and appreciates Star Wars is a true fan but I’m open to hearing your thoughts/debates on the topic.