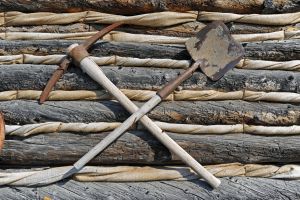 Are you curious about what’s coming in 2.3 and how the game will change? What new additions will there be? Tauntaun mounts are coming and what else?

As always with a datamine, we can only speculate about what this info means and what it will mean for the game. There may also be spoilers. So with that in mind, let’s look at what’s new.

swtor_miner brings us another great datamine update on Reddit about 2.3 PTS

So, I got a little free time, and I was going to reveal that they finally added the CZR-9001 weapons. But, it looks like someone beat me to the punch.

More importantly, we now have details now on they’ll be obtained.

The also seem to be adding new companion customizations:

As for the Cartel Market, the Unlimited Content Bundle seems kind of limited with:

Though, they are adding a new weapon for direct purchase:

And, adding some new items/fixes for current items for the Bounty Hunt Week event:

I’ve probably missed some stuff, but that’s all the time I have.

I swung through the Cartel Market graphics before I went to bed and found these items. I’m not sure when they are coming, and don’t have time to figure out what they are called. Thought you guys like to see them, though.

Oh, and Treek got a Cartel Market item.

Update: So some of the stuff I missed last night were:

So what do you think about this info?