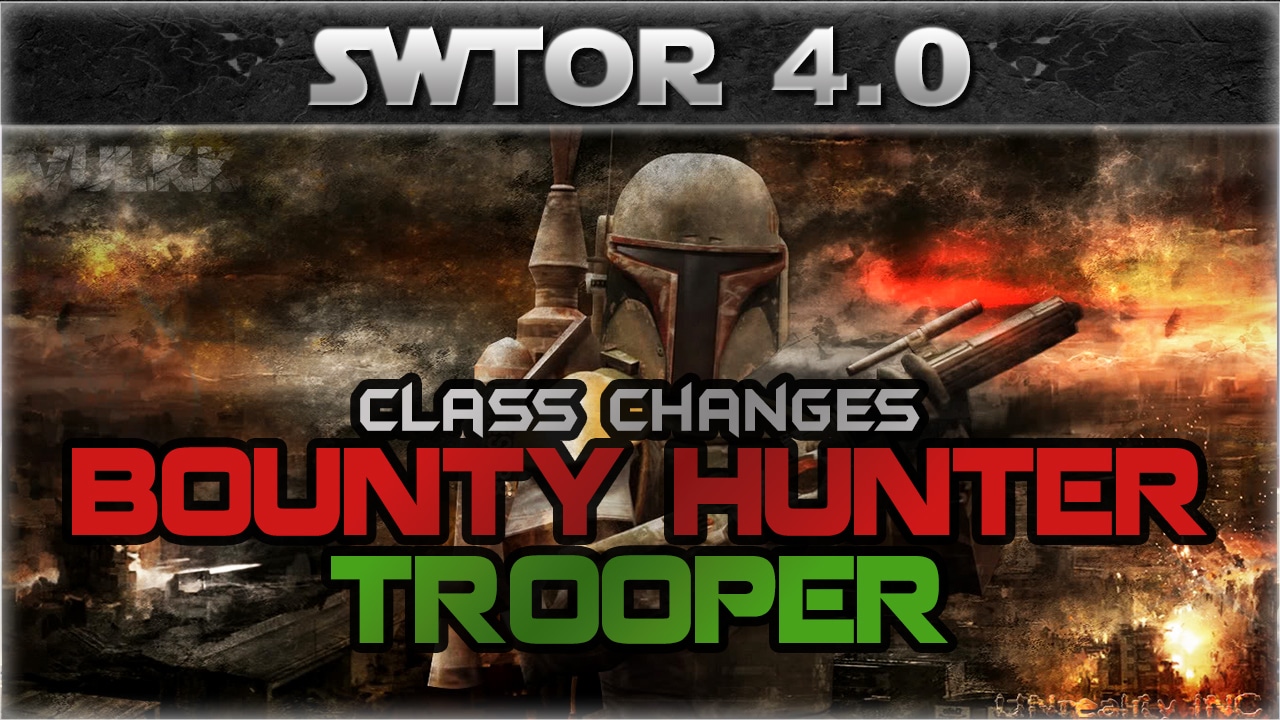 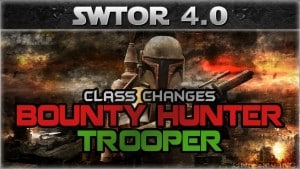 In the following 2 videos you can see and hear the details about the recent changes Bioware announced today for the Bounty Hunter and Trooper Classes in Knights of the Fallen Empire, the next Digital Expansion of SWTOR.

Narrated and recorded by Vulkk.

In a nutshell, players receive 1 new ability at lvl 61, reshuffle of active and passive abilities gained through leveling with no change of their effects (for now) and 3 new Utilities, 1 for each tier.

Bioware’s short message and reasoning for these changes:

Whether you prefer bullets, missiles, or just plain fire, Bounty Hunters and Troopers have something for you! In Game Update 4.0, we wanted to give all Powertechs/Vanguards a quick way to jump into the thick of combat or instantly catch back up to a fleeing target. To accomplish this, we made Jet Charge/Storm baseline for all Powertechs/Vanguards.

Getting up in the enemy’s face isn’t something a Mercenary/Commando typically wants to do in combat though, so we gave them a way to quickly leave the thick of combat with their new ability that allows them to quickly disengage from an encounter to get some breathing room.

The following changes are not final, and changes may (and likely will!) occur!