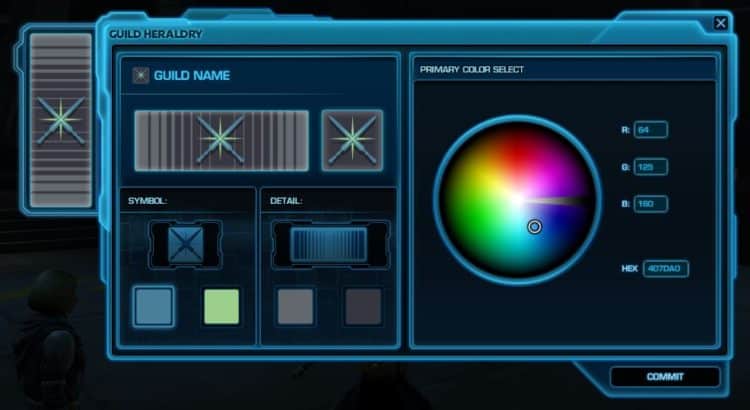 Yesterday the devs over at Bioware Austine announced that Patch 5.10.2, named Heralds of Victory will be landing in April and feature guild heraldry and preview window changes.

When Game Update 5.10 ‘Jedi Under Siege’ launched, guilds received a boost in the form of new guild leveling and PvP challenge systems, as well as new management tools. Seeing guilds flourish from this, with Game Update 5.10.2 ‘Heralds of Victory’, we are planning to add even more for guilds!

This new feature is called Guild Heraldry and it will be another tool for guilds to rally behind! Each guild can create their own emblem to represent them throughout the game. Between the combination of icons, background details, and variety of colors, guilds will be able to create something truly unique. A guild’s emblem will be displayed in the general guild window, on the conquest planetary leaderboards, and many other places!

On top of that, there will also be a general quality of life improvement as the Preview Window been dramatically improved!

Leading up to the release of ‘Heralds of Victory’, there will be additional articles that will go more in-depth about these changes that you can expect to see in the future. Join your most trusted allies and make your mark on the galaxy with ‘Heralds of Victory’ coming in April 2019!