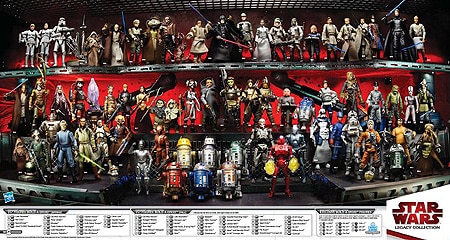 This was an interesting week for Electronic Arts after an agreement that would improve their stock value slightly. EA made a deal with very popular toy company Hasbro regarding the manufacture and sale of Star Wars toys. With the new movies and everything else in the works, you know these toys are going to end up being very profitable and popular. It’s not surprising really when you consider that Disney has a knack for commercializing everything. All you need is some properly placed ads and kids everywhere will be begging their parents for that new toy or game. Disney has long ruled in this department. Just take a look around any big box or department store shortly before and after a movie release and you will see character toys and games everywhere.

On Tuesday, both Hasbro (NASDAQ: HAS  ) and Electronic Arts (NASDAQ: EA  ) stock rose slightly after the companies announced a new four-year agreement, under which EA will develop mobile games based on several of Hasbro’s most popular gaming brands.

The deal, which extends the scope and length of an existing six-year agreement, will include new mobile versions of Hasbro’s Monopoly, Scrabble, The Game of Life, Battleship,Boggle, Clue, Risk, and Yahtzee.

For those of you keeping track, this is the second third-party content licensing agreement announced by EA in as many months. If you recall, the last was unveiled in early May detailing a multiyear partnership with Disney (NYSE: DIS  ) , through which the House of Mouse granted EA exclusive rights to develop and publish new games based on Star Wars characters and storylines “for a core gaming audience.”

In contrast to this week’s Hasbro deal, however, Disney opted to retain the rights to develop new titles within the mobile, social, tablet, and online game categories.

Star Wars fans get ready because we’re going to see Star Wars themed everything while the movies are releasing. This is a great time for collectors to snag up items while they are popular because they will become harder to find years down the road when the novelty wears off.