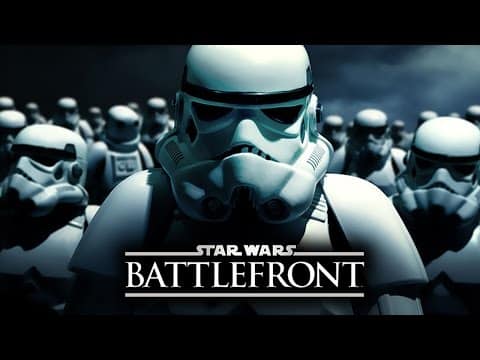 Once again it was confirmed that the shooter is due to launch before Christmas 2015. More specifically, the game aims to be “aligned with” Star Wars Episode VII — The Force Awakens, which arrives on December 18. It was also mentioned that DICE will share more about the project in the coming months. Battlefront’s launch this year will be a “very large activity” for EA overall, on level with the company’s blockbuster Battlefield series.

“We’re extremely excited about that,” Jorgensen said about Battlefront. “We think there’s huge potential for that title. More to come in the next couple of months on that as more about the movie comes out as well as more about our title comes out. You should consider that a very large activity for us [this year] and a very large focus–similar to how we’ve thought about Battlefields in the past.”

As mentioned a few days back, Battlefield is not the only Star Wars game that Electronic arts have in the works for us. The developer’s Visceral Games studio is rumored to work on a Han Solo game with no release date yet.  Nothing was mention about this a the conference call though.

You can listen to the webcast from the conference call here, or read the Q3 FY15 Transcript right here. Also if you are into numbers and graphs, the Q3 FY15 Slide Presentation is available here.