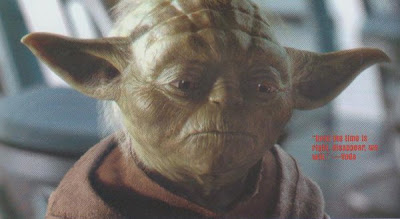 During today’s Lazard Capital Markets Technology and Media Conference, EA CFO Eric Brown said that the firm would not release Star Wars: The Old Republic during the firm’s FY11. At the same time, he reconfirmed that it will be released sometime during calender 2011.

“So we said it’s going to launch sometime in calendar, but not within Fiscal 11. So that basically pens down between you know, April 1st and December 31st of this calendar year. It’s also reasonable to infer that it’s not in our Q1 guidance. We gave Q1 Fiscal 11, Fiscal 12 non gap revenue guidance, minus 39 minus 44 cents and I think it’s not unreasonable to infer that it’s not included in that 90 day period.”

So it looks like March-June is likely out, leaving a release date of July 1 at the earliest. Personally I belive it will be out some time this fall. Releasing at year-end makes the most sense because the profit-potential is largest with Christmas, Hannukah, all going on simultaneously.

When asked about when we can expect an open beta, Brown said that they are currently in the “EA friends and family closed testing program”, but they will of course later need to test in an open beta to address scalability, find out where there are choke points in current maps, etc.

“”We have well north of 1 million – closer to 1.5 million – people who have registered to be beta testers…who are ready to test for free. A great indicator of the interest level of the franchise.”

Brown also had had a few things to say about the business model:
“”We’ve talked about going in with a traditional subscription model. That requires the purchase of a PC game client. We haven’t ruled out the intent or design of future micro-transactions.”

You can hear an audio recording of the discussion here. or read the transcription of points related to Star Wars: The Old Republic at Darth Hater