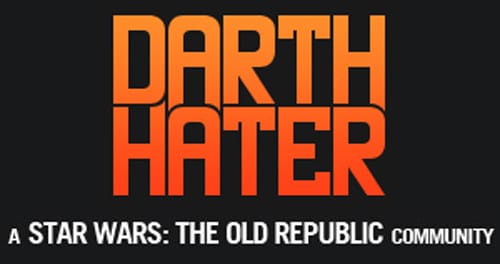 Darth Hater was one of the fan sites that started with us, in the early days before SWTOR even launched. They were a player favorite if you ask around nearly any of the forums and Reddit. But sadly, they didn’t stick around after being bought by Curse. I met some of their crew myself at the SWTOR Guild Summit and we’ve brought you many of their stories and updates here over the years. But now, we’re sad to tell you that Darth Hater is no more. If you go to the website, you’ll be redirected to the SWTOR Wiki. Any links to old articles or posts from Darth Hater will also redirect you.

Well, the strange part is that no one involved seems to be willing to talk about it. And we can’t find any public notices about it either. Last year there were talks of DarthHater.com getting shut down. Curse came in and let go all of the staff and there was a lack of content updates for awhile. There was a period of time where there were few to no posts and community members speculated that they might be going under. Former members spoke out on Reddit and on SWTOR forums that they were no longer with DH but they said very little more about the situation. I always suspected it was part of their contract or severance, as I have seen that happen before. So we thought it might be the death of DH in early 2013. But Curse came in and started doing posts again, although the community and the site was never the same as it had been previously.

Many fans expressed sadness over the cancellation of the DH podcasts they had grown to love so much. There was little to no information from DH or Curse about the future direction of the site or why they had let staff go. Some speculated that it wasn’t making enough money for them anymore but then SWTOR continued to grow. We have written here recently about how financially successful SWTOR actually became after going free to play so it doesn’t make sense that a site as popular as DH would not be able to make it work. We suspect there was something else going on behind the scenes.

At around September 2013, people began reporting the DarthHater database was down. And now the website darthhater.com redirects to http://swtor.gamepedia.com/SWTOR_Wiki. So it’s officially gone- we think for good this time. Wish we could tell you more about why. But if DH fans are reading this now and are new to SWTOR Strategies, we are happy to have you and hope you will bookmark us, add us on social media or stop by regularly. We do our best to bring you up to date news, guides and info about SWTOR and Star Wars in general.